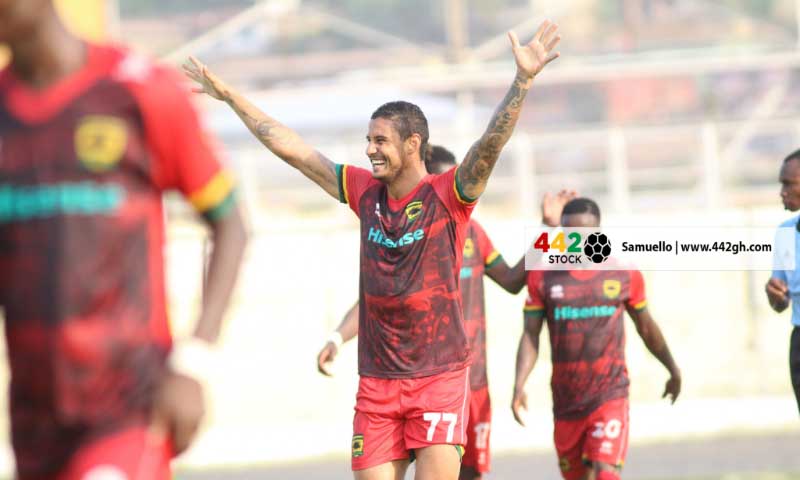 Brazilian striker Michael Vinícius Silva de Morais has penned down an emotional message to the fans of Asante Kotoko following the truncation of his contract.

The Ghana Premier League side on Wednesday announced the departure of the former Estoril Praia forward after his contract with the club was unilaterally terminated following an uninspiring performance.

According to multiple reports, the lanky forward failed to comply with the regulations of the club.

However, after his exit, Vinícius took to his official Twitter account to pen a heartfelt open letter to the Kumasi-based club, waving goodbye to the club's board of directors, management, teammates and supporters for their support during his short spell.

"I ended my life in Asante Kotoko and left the coast. It was a short but real impact.

"Thank you for your support and the kind welcome you offered me, I really can't pay if you charge.

"Lucky for all of you for the rest of the season and beyond. Always fabulous! Do not judge."

He previously played for Fluminense between 2012 and 2014, moved to Criciuma before returning to Fluminense in 2015.

He went on to feature for Estoril in Portugal during the 2015-16 season and made a comeback to his home country to play for America Mineiro, Resende and Cascavel before heading for Linkoping City in Sweden in 2019.

In 2020, he transferred to Japanese third-tier side Grulla Marioka before returning to Sweden to join Vasalunds