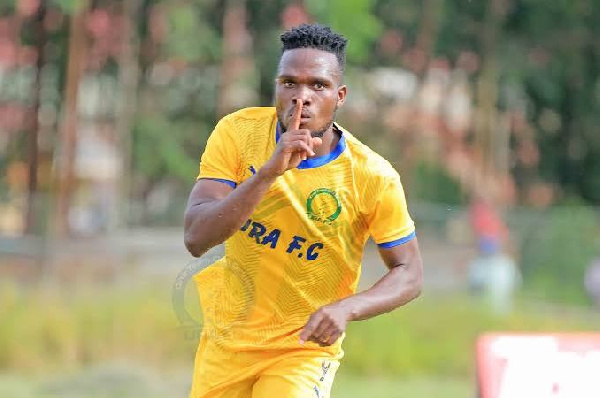 Ugandan striker Stephen Dese Mukwala has promised to repay the faith and believe showed in him by Asante Kotoko fans ahead of the new season.

Speaking after his unveiling, the former Uganda Revenue Authority attacker vowed to repay the faith and believe showed in him by the club fans.

“Basically, I want to thank the fans of mighty Asante Kotoko for the beautiful reception, I already feel at home because of the love showed me in the last few days and I promise to repay that faith and believe in me. I can’t wait to get started” he said.