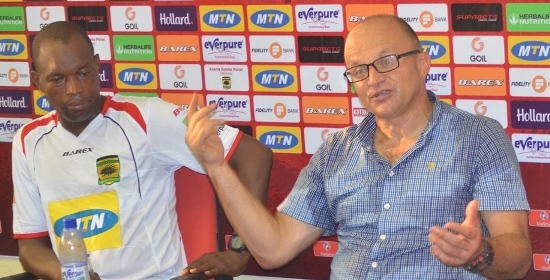 Head coach of Asante Kotoko, Zdravko Lugarusic has revealed he went to Croatia to search for players for the club.

The 55-year old returned to Ghana from his native country, Croatia on Monday after he was granted a eight days off by club after their 1-0 defeat to Hearts of Oak in the Super two clash in week 8 of the Ghana Premier League.

“I did not go for holidays, of course I went to see my family but I went to see players from Croatia as well who can play for Kotoko,” he told Peace FM.

“You never know, I can bring some players to play for Kotoko, so I went there to watch them.”

He is back to prepare the team ahead of their week 9 clash with Inter Allies on Sunday at the Baba Yara Sports Stadium.