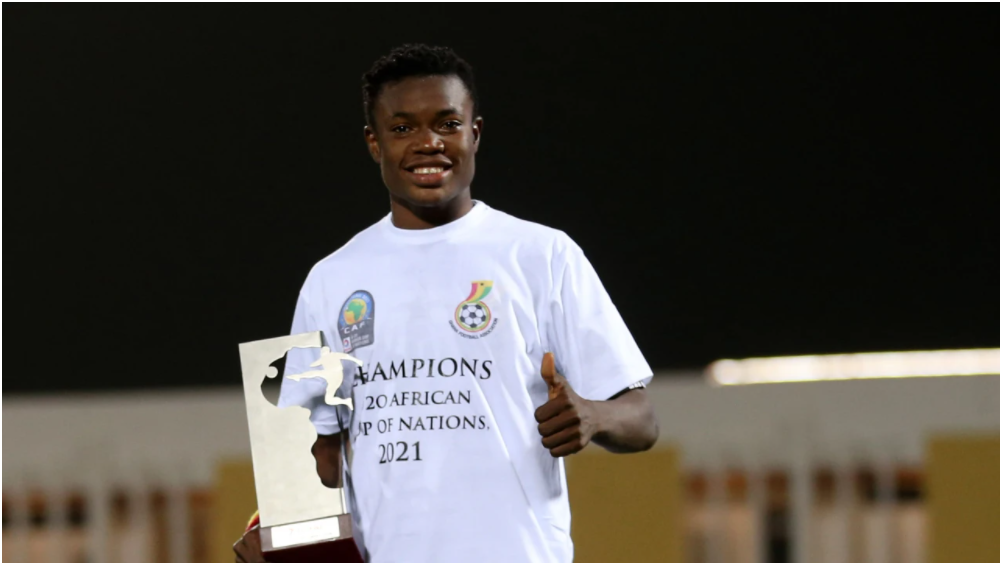 The Steadfast FC forward has been consistent with his performances after emerging as the Most Valuable Player of the U-20 AFCON hosted in Mauritania.

The 16-year-old has was recently invited to the Black Stars for the AFCON qualifiers against South Africa and Sao Tome but failed to make the final squad.

However, he joined Ibrahim Tanko’s Black Stars B team for the international friendly against Uzbekistan.

Issahaku was the standout player in that friendly scoring Ghana’s only goal in that 2-1 defeat to the Asian side.

“Fatawu has the quality and he has to join the Black Stars”, Ibrahim Tanko said in an interview with Happy FM.

“We have to nurture him because the talent is huge. I have known him since his days at Shooting Stars before I came to meet him again at the national U17 team and U-23 team.

“All I pray for him is to be stay fit because to be great you have to be fit and if he is fit he will go very far”, he added.

Abdul Fatawu scored a hat-trick over the weekend for his side Steadfast in their 4-0 win over Wa Suntaa in the National Division One League.

He has scored six goals in the ongoing campaign.