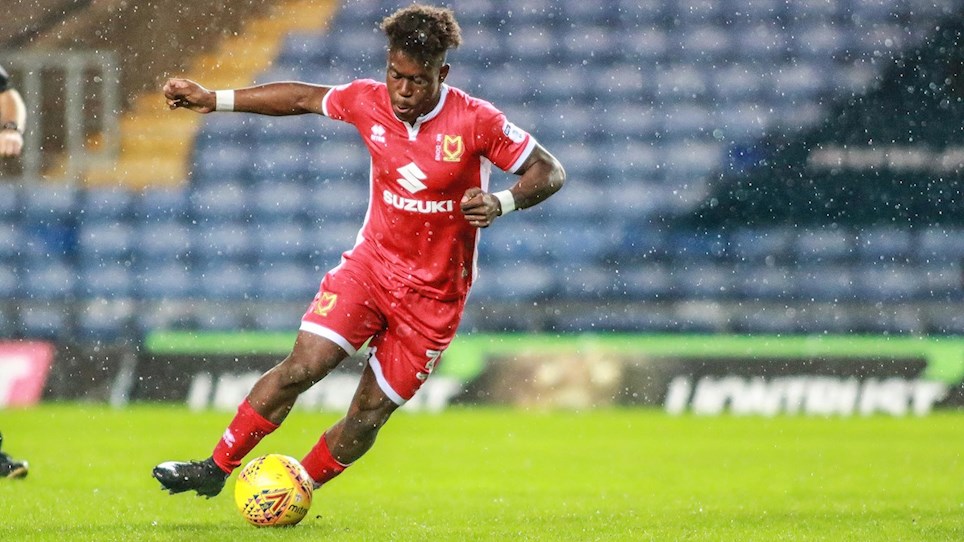 Ghanaian youngster Brandon Thomas-Asante will not be available for the start of the League Two season due to injury.

Asante suffered the latest setback in the first pre-season game against St Neots after recovering from an ankle injury last season.

The 19-year-old has been working with the Dons medical staff to overcome his injury.

MK Dons manager Paul Tisdale has confirmed the unavailability of the Ghanaian ahead of the League two clash at Oldhamd on Saturday.

"We've had too many injured this pre-season. A lot of our young players have picked up knocks. We haven't seen Brandon or Sam (Nombe) out here, and of course Callum and Oran went off injured today. These circumstances come up along the way.

"I've got trust in young players, but it's always easier to bring them into a team that is doing well rather than one that is struggling. "There was no point risking Oran so late in the day, but I've not had the chance to see Callum. He picked up a really nasty knock so I'm keeping my fingers crossed on that one.

"Brandon is on crutches, as is Sam. They're both in those snow-boots with crutches. They're keepoing a brave face - and Brandon smiles all the time! They're both spirited and we wish them well. They'll be a while yet.