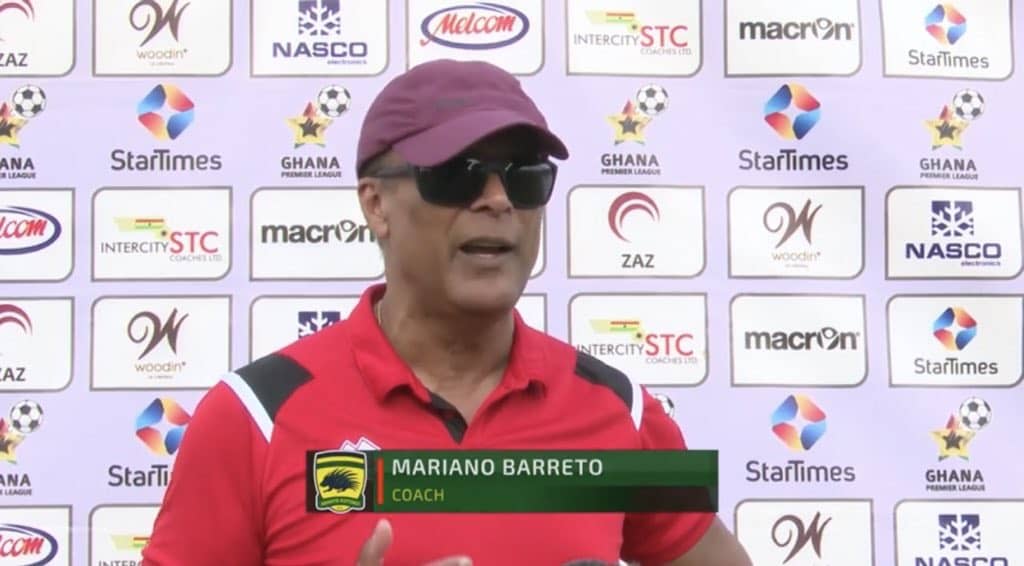 Asante Kotoko head coach, Mariano Barreto has described their matchday 29 game against Inter Allies as not exciting but elated with the win.

The Porcupine Warriors were hosted at the Theatre of Dreams in Dawu on Monday with the game ending in a five-goal thriller.

Emmanuel Gyamfi, Evans Adomako and Andrews Apau were the goal scorers for the Porcupine Warriors whiles Alex Aso and Andy Okpe scored for the home side.

Barretto in his post-match presser has confessed the Capelli boys gave them a tough game and nipped on the height of their players and were tormenting them with long balls of which his backline found difficult to handle.

“It wasn’t exciting. It was a very tough match. We knew the way Inter Allies play by using their tall players and putting in the long ball.

"Unfortunately we don’t have tall players but we needed to find a solution and we solved the problems," he added.

The record Ghana Premier League winners are now tied up with their rivals, Hearts of Oak with 53 points with five matches to end the 2020/21 campaign.

Asante Kotoko will welcome Karela United in their next game at the Len Clay Stadium in Obuasi.