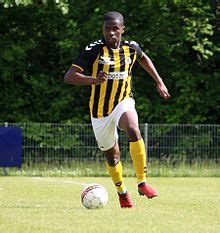 The right-footed defender has so far proven to be a dependable key cog in coach Michael Madsen's set-up since joining them on a year deal in 2019.

A club statement confirming the contract extension of Jeffrey Ofori together with two other team-mates by Sporting Director Thomas lbsen reads:

"Common to all three - Jeffrey, Nicolai, and Jonas - is that they contribute with high tempo and great commitment to both training and fighting. They are all in a huge development as players, which is being built on,"

Jeffrey Ofori has racked up 23 appearances this season, his brother Kenneth Ofori plays for Taastrup FC.