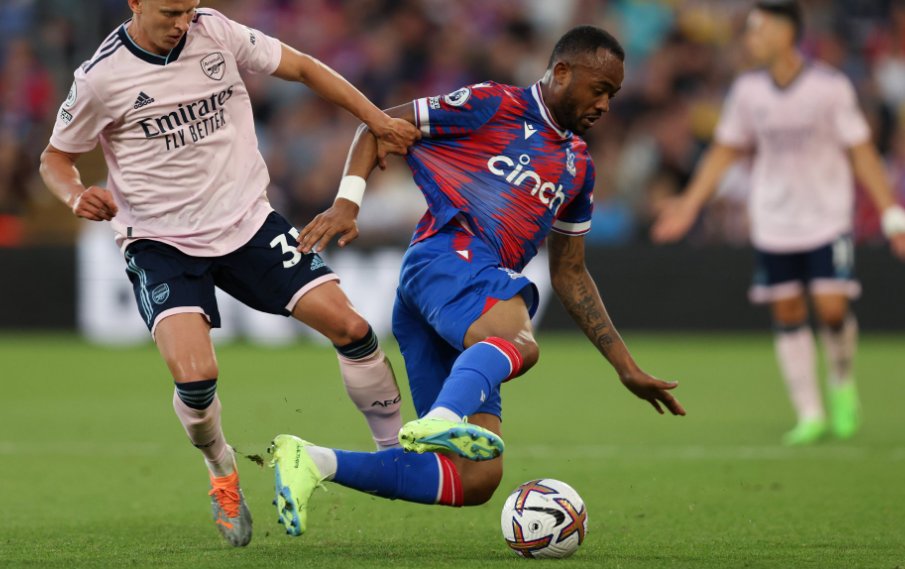 Ghana striker, Jordan Ayew was in action as Crystal Palace suffered a 2-0 defeat in their 2022/23 opener to Arsenal.

In the curtain raise of the season, the Eagles hosted the Gunners at Selhurst Park on Friday night.

The Gunners maintained their impressive pre-season form with an energetic performance that was rewarded when Gabriel Martinelli nodded in a 20th-minute opener from new signing Oleksandr Zinchenko's headed assist.

It took Palace most of the first half to adapt to the visitors' tempo, but once they did Odsonne Edouard forced Aaron Ramsdale into a save after Joachim Andersen's header found him in the six-yard box.

Buoyed by a vibrant home crowd, the Eagles poured forward in search of a leveler but it was Arsenal who found the net again, Marc Guehi inadvertently heading Bukayo Saka's fierce cross into his own goal late on.

Despite the defeat, Jordan Ayew put up a decent performance for the side.

The 30-year-old completed six (6) successful dribbles against Arsenal and lasted the entire duration of the game.

Jordan and his Crystal Palace teammates will be hoping to cause an upset when they visit Liverpool next weekend.