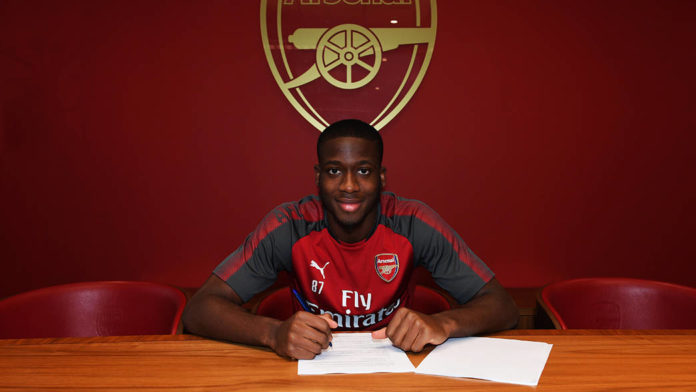 Osei-Tutu was among ten youngsters of the club that put pen to paper to a new deal on Thursday.

The 19-year-old who has been featuring for the youth side of the gunners becomes the second English-born Ghanaian to sign a contract at Arsenal after Edward Nketiah.

Osei-Tutu moved to Arsenal in 2015, having previously been on the books of Reading.