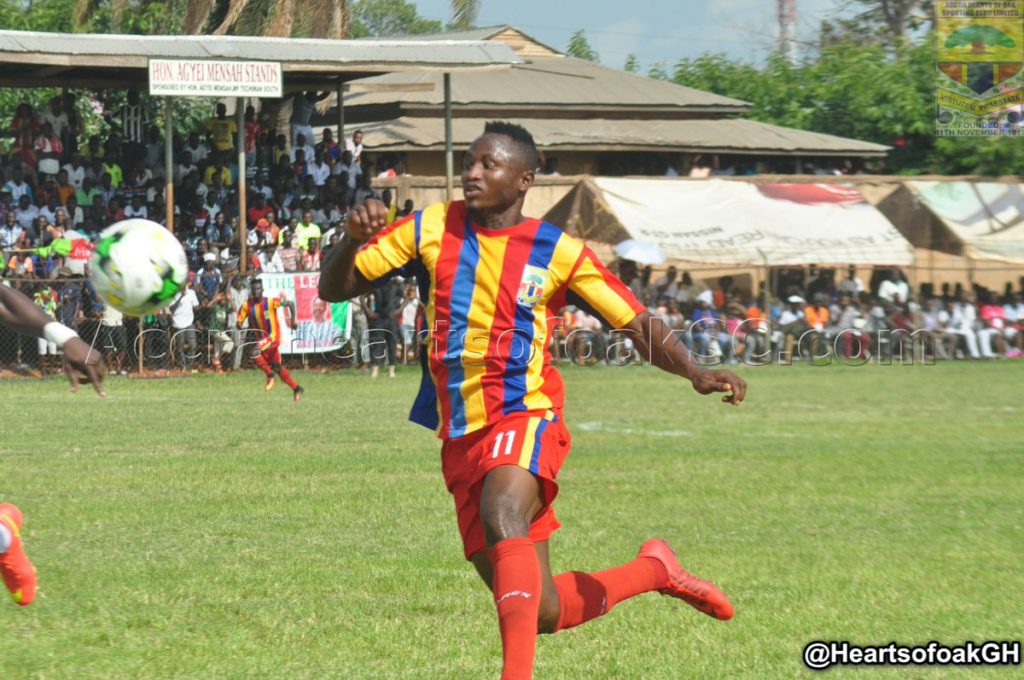 Forward Joseph Esso has indicated that after three years, he was in shock at his departure from the club.

Esso 23, was among the five players released by Accra Hearts of Oak after they opted not to extend their contracts.

He joined the Accra-based club from Ebusua Dwarfs on February 19, 2018.

"I've seen it on their social media and on the one who owns their (Hearts of Oak) media accounts,"

"I have nothing to talk about it" he added.

He played in the 2019 WAFU tournament in Senegal scoring a goal in the final against the host Senegal but Ghana was beaten on penalties by Senegal at the Stade Lat-Dior.