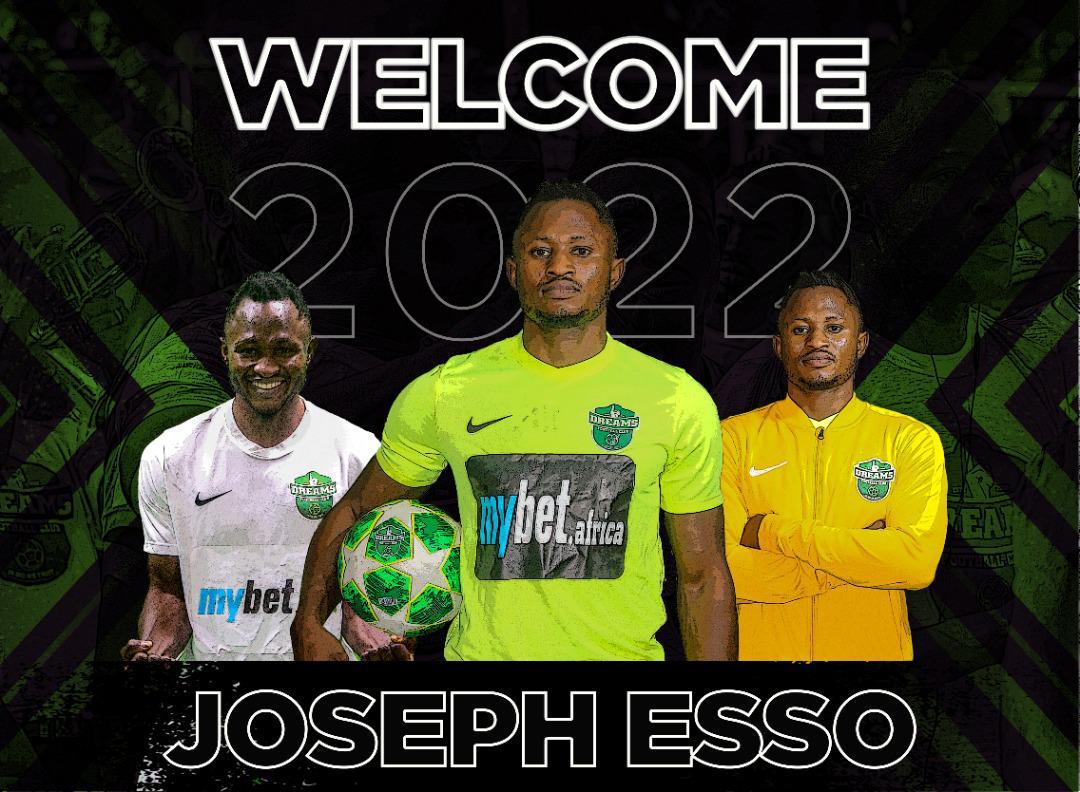 Esso joined the Still Believe lads on a two-year deal following the expiration of his contract at Hearts of Oak.

He made 14 appearances and scored three goals for the Phobians in the truncated 2019/20 Ghana Premier League season.

According to Fiamenyo , Esso made a good decision by joining Dreams FC because they are better than Kotoko.

After being chased by clubs in Ghana and abroad including, Hearts of Oak rival, Asante Kotoko, Esso, swerved all to join the Dawu based club on a two year deal.e.

"It is better Joseph Esso joined Dreams and not Kotoko. He will perform better there as usual," he told Max FM

"He will succeed there and he will do wonders at his new home on the upcoming season."

Esso will be expected to play a key role for the club in the upcoming football season.