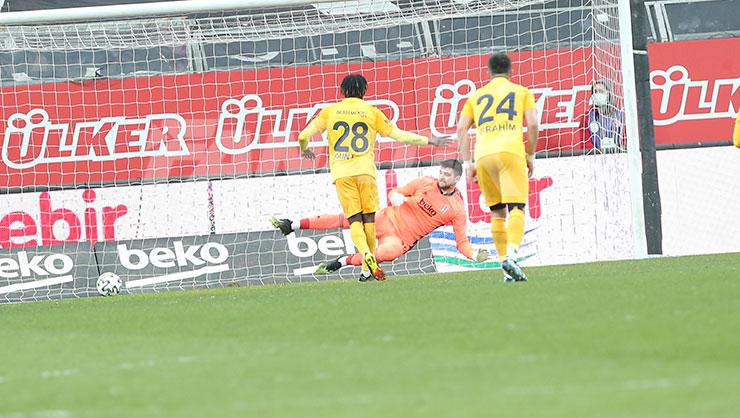 There was a penalty dispute in Ankaragucu, who was a guest of Besiktas in the 35th week of the Super League. In the last minutes of the match, Joseph Paintsil and Emre Gural came to the penalty spot after the Yellow and Blue team won a penalty. Paintsil, who took over the ball after a short crisis, made no mistake and brought his team on level terms.

Ankaragucu, who was the guest of Besiktas in the 35th week of the Super League, made a great comeback. In 45 + 4 and 52nd minute, with Kulusic's own goals, the Baskent team fell too differently, reducing the difference to 1 with Joseph Paintsil in the 65th minute. Paintsil, who was on the ground in the penalty area with Welinton's foul, did not make a mistake taking the penalty.

Paintsil, who is one of the most important attackers of Ankaragucu, stayed on the ground after Gokhan Tore's intervention in 90 + 1 this time giving his team a penalty for the second time.

Paintsil, who was in the position in both penalties, wanted to play the penalty again. Emre Gural, another experienced player of Ankaragucu, also went to the penalty spot. Both footballers did not go away from the penalty spot, Ibrahim Akdag intervened.

Speaking with Emre, Ibrahim threw the ball in the hands of the experienced football player. Paintsil, who took charge of the ball for the second time and hunted Ersin, giving his team 1 point at Vodafone Park.