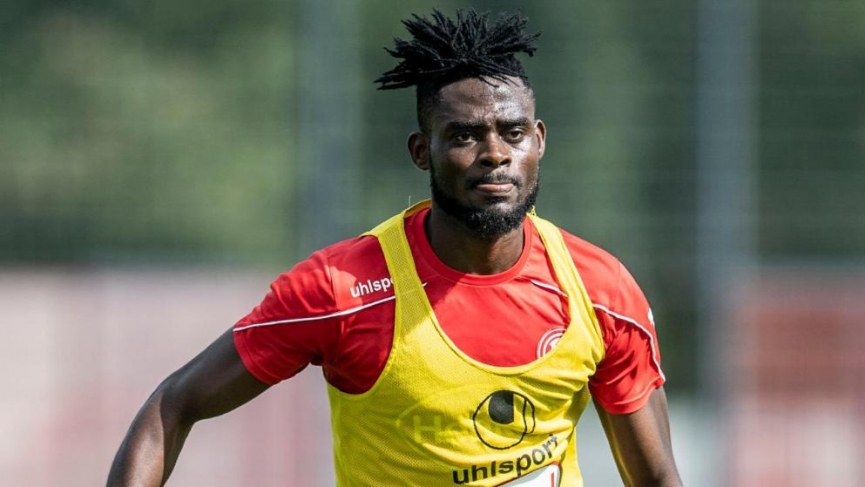 Ghanaian international, Kasim Nuhu Adams is one of many players battling for playing time at Fortuna Düsseldorf.

The German Bundesliga club has had a roller-coaster campaign in the 2019/2020 season and is currently battling relegations.

Out of the 29 matches, they have played so far, they have won 6, drawn 9, and disappointingly lost 14.

That statistic leaves the club with 27 points as they occupy the 16th position on the standings of the division. With just 6 matches to conclude the season, Fortuna Düsseldorf manager Uwe Rösler is not joking around and has decided to rely on players who have already proved themselves this season.

Due to that, several players whose form has not been the best especially because of injuries are continually being left on the bench since the Bundesliga restarted.

Kasim Adams, 24, is one of the affected players with the defender on loan from TSG Hoffenheim struggling to get playing time. In the last seven matches of the club, the center-back has only featured in one [the game against Koln which ended 2-2].

As Düsseldorf prepares to host his parent club on Saturday, it is unclear whether he will get the chance to play or not.