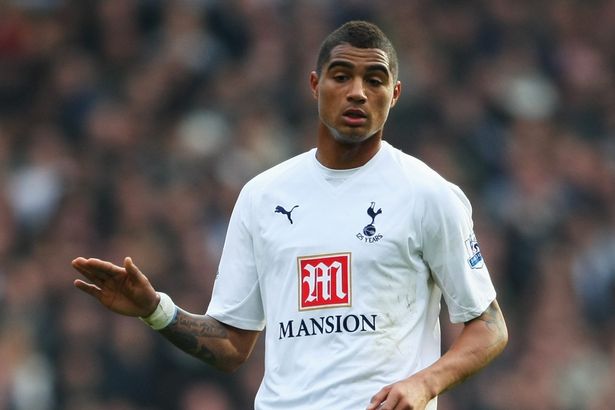 Who are the greatest African players to represent either of the North London giants?

Admittedly, Arsenal fans haven't seen the best of Pepe following his arrival from LOSC Lille in a £72 million deal, although there aren't too many African players in history who have enjoyed a campaign as magnificent as his was in France last term.

The Ivorian scored 22 goals and contributed a further 11 assists as Lille reached the Champions League, establishing himself as one of the division's outstanding individuals.

Will the wideman be able to recreate this scintillating form in England, where there have been mere flashes of brilliance since his arrival?

Much maligned since arriving in England, largely due to his erratic form and rash decision-making, Aurier has nonetheless been one of Africa's finest full-backs over the last ten years.

He was an African Cup of Nations winner with the Ivory Coast in 2015 and would go on to enjoy immense success with Paris Saint-Germain...at least until things went south in the French capital.

He's a two-time French champion and has been named in Caf's African Team of the Year on multiple occasions.

Prince spent time at Tottenham Hotspur earlier in his career when he was signed from Hertha Berlin on a four-year contract in 2007.

The midfielder would not stay there for long, though, being frozen out of the squad by three managers due to a perceived lack of work ethic and moving onto Portsmouth.

He moved to Barcelona in the January transfer window 2019 following a productive spell in Germany with Eintracht Frankfurt and is currently with Besiktas on loan from Fiorentina.

Spurs signed Pienaar in 2011 ahead of Chelsea, although for one reason or another, the South Africa international failed to show his best form in London and struggled to recreate the quality he’d demonstrated at Everton.

All too often Pienaar was battling injuries, and a series of anonymous performances didn’t help, before he returned to Merseyside—initially on loan—in January 2012.

The attacker won a host of honours with Ajax, including two Eredivisie titles.

The forward moved to Sevilla in 2005, where he won two consecutive Uefa Cups, a Uefa Super Cup, two Copa del Rey titles, and also collected an African Footballer of the Year award in 2007.

There are very few African players who have managed to split opinion as much as Adebayor.

Yet that record does not hold him in good stead with the Gunners faithful.

In a less fruitful venture, Adebayor also played for Tottenham Hotspur, yielding 18 goals in 47 games in a spell that lasted three-and-a-half years.

Lauren was a key player in two magnificent teams; perhaps most famous for playing his part as a starter in Arsenal's Invincibles, he also shone as Cameroon won consecutive Africa Cup of Nations, and picked up an Olympic gold medal.

A one-time African Footballer of the Year, it’s testament to Aubameyang’s consistency and regular output in front of goal that he made Caf’s podium on a further four occasions—finishing runner-up twice and third-place twice.

On six occasions, Auba has made Caf’s Team of the Year, while he’s won the Golden Boot in both England and Germany, memorably knocking Robert Lewandowski off his perch in the 2016-17 season.

A year earlier, Aubameyang had won the Bundesliga Players’ Player of the Year award, although while he’s struck double figures for goals in the league for the past nine years, he’s still never won a major league title.

When Arsenal’s 'Invincibles' were at the peak of their powers, Toure was a rock in the heart of their defence.

He formed a solid partnership with former Tottenham hero Sol Campbell and is considered to be one of Arsene Wenger’s most astute buys.

The Ivorian was a no-nonsense, tough-tackling defender, and the Gunners have struggled to replace him since his departure.

He remained in the Premier League with Manchester City and Liverpool and announced his retirement following a title-winning campaign with Celtic. He recently returned to the Premier League as part of Brendan Rodgers' coaching staff at Leicester City.

Kanu was one of the first successful Africans to grace the Premier League, and he did it in outstanding fashion with Arsenal.

The Nigeria striker was in a class of his own, winning the African Footballer of the Year award twice, three FA Cups, and the Premier League twice as a Gunner.

He also won the Uefa Champions League with Ajax and the Uefa Cup with Inter Milan, all the while impressing with his invention and glorious footwork.