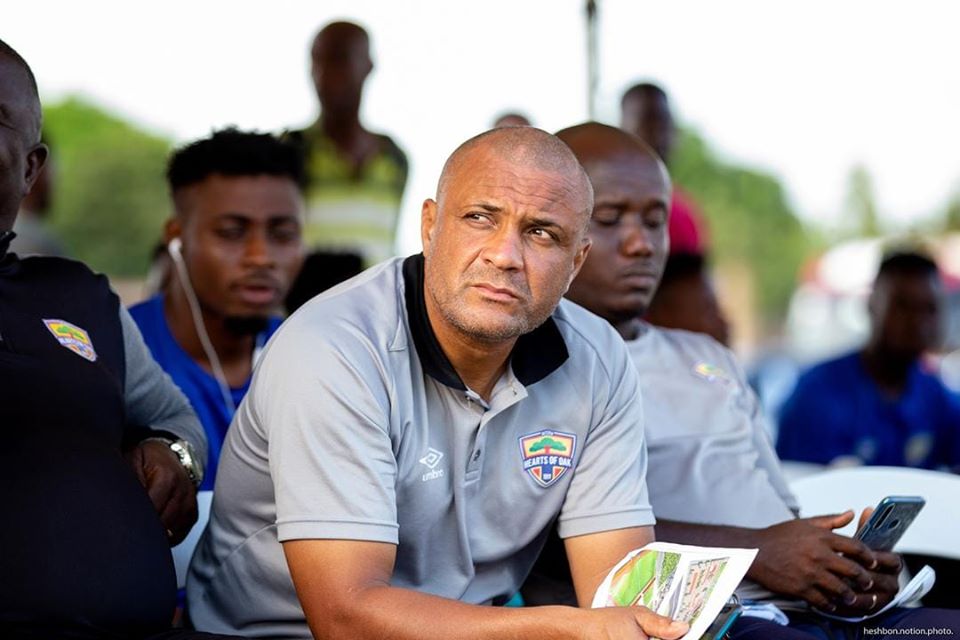 Information reaching footballghana.com has revealed that former Accra Hearts of Oak manager Kim Grant was earning an astonishing salary of $10,000.

The Ghanaian tactician was appointed as the Director of Football and first-team head coach for the Phobians back in December 2018 when American football administrator Mark Noonan was the Managing Director for the side.

One year later, Kim Grant has been shown the exit door on grounds according to sources relating to the unavailability of the required coaching certificate in the Ghana Premier League.

After his axing, it has been revealed that the 47-year old was the highest earner on the local scene where he was making $10,000 at the end of every month.

His place as the first team coach of Accra Hearts of Oak has been taken by Youth trainer Edward Nii Odoom. He will lead the Rainbow lads to face Medeama SC in Tarkwa this weekend as his first assignment.