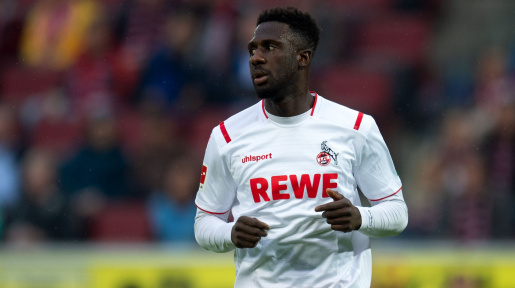 German-born Ghanaian international, Kingsley Schindler has been identified as the most underperforming player for FC Cologne in the Bundesliga this season.

The midfielder joined the club from Holstein Kiel at the beginning of the 2019/2020 season with high expectations after impressing for the lower division side in the previous season.

After 25 matchdays in the German Bundesliga, Kingsley Schindler remains FC Cologne’s flop of the season.

He started the season with his former trainer Markus Anfang following a bad start to the season by Cologne.

Since Markus Gisdol was brought in to take charge, Schindler has struggled for playing time and has spent most matchdays warming the substitute bench.

The 26-year-old has made 13 appearances this season but has failed to find the back of the net. He has however provided 3 assists.