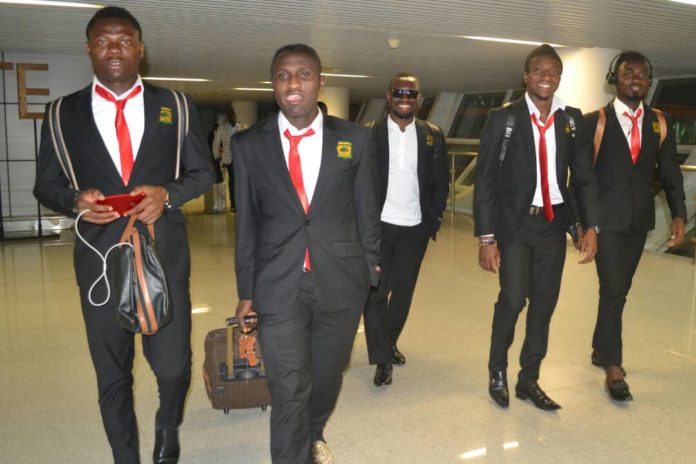 Chief Executive Officer of Kumasi Asante Kotoko, Dr. Kwame Kyei has increased the travelling allowance of the playing body from $300 to $400 to serve as motivation as the team takes on CARA Brazzaville on Wednesday in the CAF Confederations Cup.

The amount when converted to Ghana Cedis will be equivalent to GHC 1920.

The technical team, management and playing body arrived in Brazzaville on Wednesday for the clash against CARA Brazzaville, after winning the first leg by a goal to zero.

The FA Cup Champions have set a target of reaching the group stages of the competition but will have to cross the first hurdle which is CARA.

The Porcupine Warriors were finalist in the maiden edition of the competition, losing to fierce rivals Accra Hearts of Oak.

However, the club has struggled in recent years in terms of continental football dropping out at the first stage of their last two appearances.

Dr Kyei has increased the travelling allowance for the players from $300 to $400 and paid them after breakfast this morning. #AKSC #CAFCC pic.twitter.com/3cluf5WubP