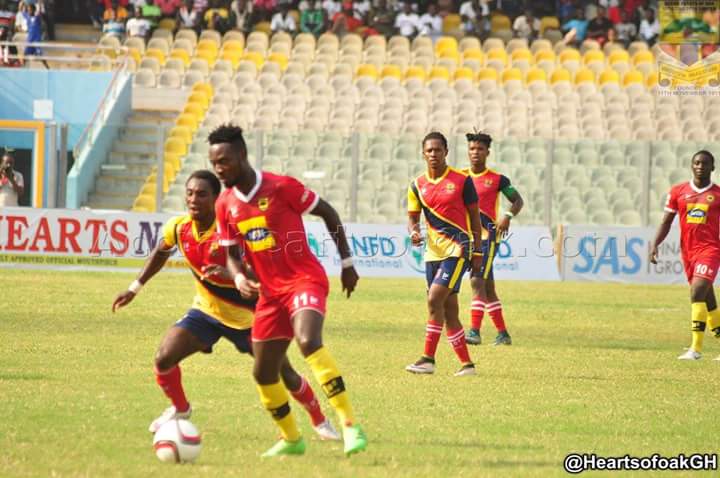 Asante Kotoko deputy skipper Eric Donkor admits they are not doing much as a football team in the ongoing Ghana Premier League.

The Porcupine Warriors drew their last league game with Aduana Stars 1-1 at the Baba Yara Stadium in Kumasi, a result that leaves them winless in their last six games.

According to Donkor, they are worried with their current trend and has vowed to get the side back on trach.

“Going six games without a win, you can’t be happy as player of Kumasi Asante Kotoko, looking at the per degree of club.

“it’s a difficult moment for us the players, but shall not give up we have to fight, because we are supposed to, and we shall do that till we get our first win,” Donkor said in an interview.

Meanwhile, Kotoko will face arch-rivals Hearts in the Ghana at 60 anniversary match at the Accra Sports Stadium on May 1, 2017.