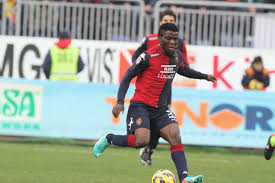 Ghana midfielder Godfred Donsah could be joining Lazio if a deal is reached in the coming days.

Lazio have officially began talks with Bologna over the transfer of the midfielder.

According to reports in Italy the clubs are currently in negotiation with a deal expected to be reached soon.

The Ghanaian international became a target for Lazio after a good start in the season where he has managed to score twice for Bologna in the Italian Serie A.

Meanwhile, Torino and Inter-Milan are also seeking to sign the Ghana midfielder with few weeks to the winter transfer window.