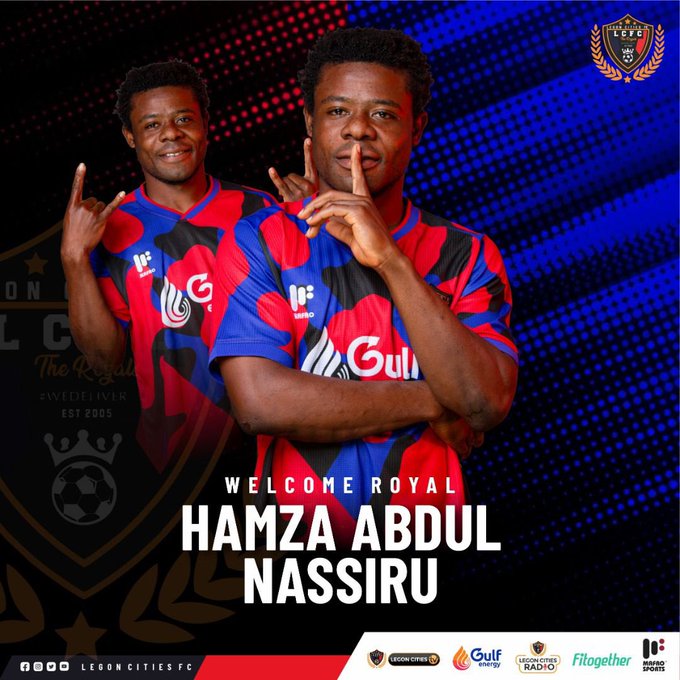 Legon Cities have signed Abdul Nassiru Hamzah from Inter Allies ahead of the start of the 2021/22 season.

Hamzah joins the Royals on a permanent deal after sucessfule negotiations.

The club confirmed the deal via their Twitter handle on Saturday.

The attacker who returned to Inter Allies after his loan spell with our sister-club HB Koge last season has ended his stay with us.

He later joined Danish 2nd Division side Holbæk B&I on a lease agreement to find more playing time as he battled for fitness due to injuries.

Hamzah spent a total of four seasons at Inter Allies after joining them in 2017, making 43 appearances and scoring six goals in the league.