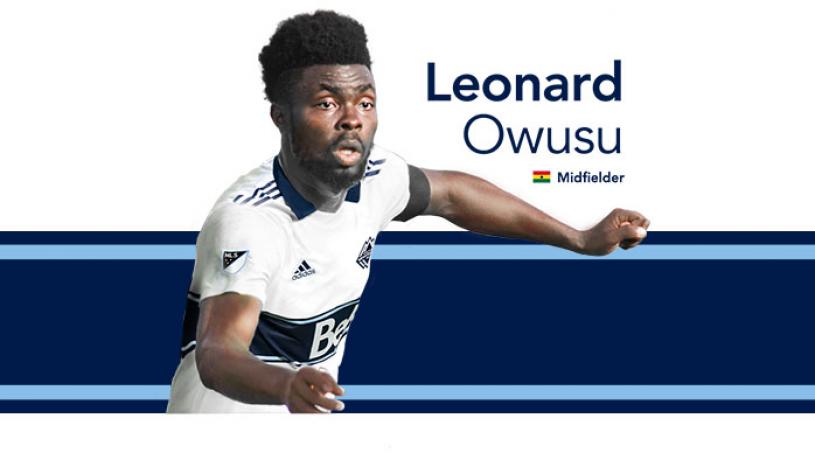 Ghanaian international Leonard Owusu has finally reported to Canadian side Vancouver Whitecaps as he meets up with his new teammates to prepare for the upcoming MLS season.

The midfielder completed a deal to join the side from Israeli Premier League side FC Ashdod in January following an impressive stint with the side.

Due to delays in VISA acquisition, he was forced to stay away a bit longer. However, after sorting out the issues, Leonard Owusu arrived in Canada on Tuesday where he started training with Vancouver Whitecaps FC.

Meanwhile, the former Dreams FC captain will not be able to feature in his new club’s MLS opening match against Sporting Kansas City.

This was confirmed by his coach, Marc Dos Santos who believes the 22-year-old will need time to gel with his new teammates and adapt to the style of play at the club.

Asked whether Owusu will be in his plans for this weekend, the gaffer answered,  “No chance guys”.

He added, “Imagine if with the guys working the way they are, Owusu arrives and goes straight into the eighteen. I’d be telling the guys who did five weeks of preseason fighting here that it didn’t matter - no chance. Even for LA Galaxy, it will be very tough.”