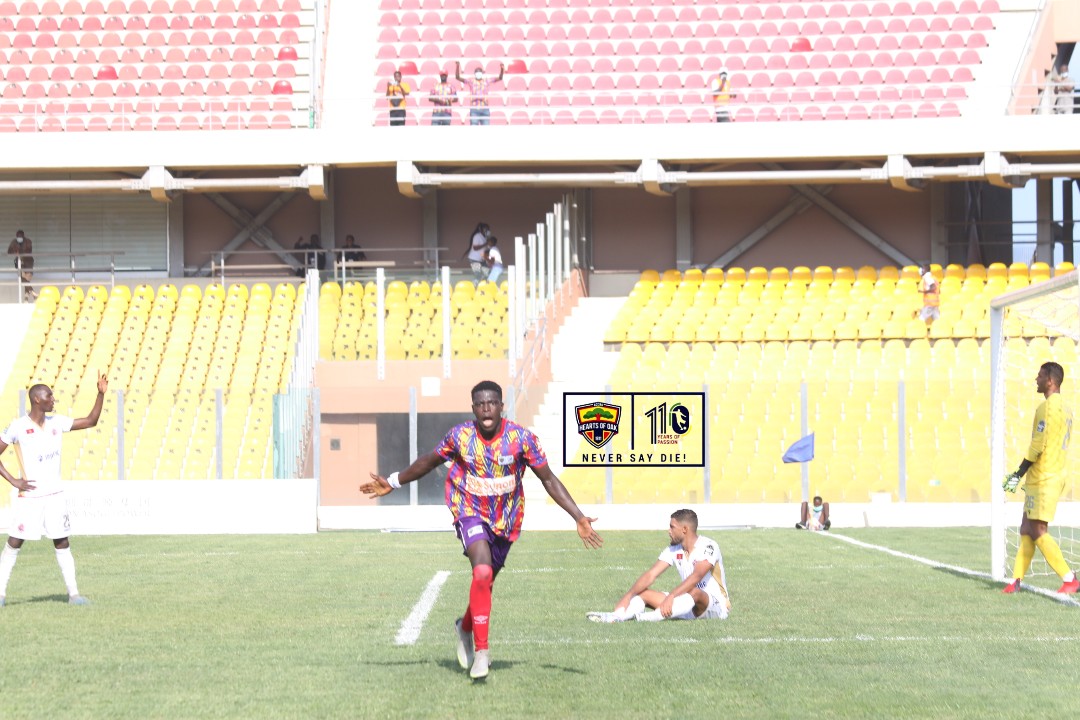 Good afternoon and welcome to the live text coverage of the big game between Hearts of Oak and Wydad AC in the CAF Champions League.

The team at footballghana.com is at the Accra Sports Stadium for the game and will provide minute-by-minute updates of the action to keep you updated on proceedings.

Hearts of Oak after eliminating CI Kamsar from Guinea in the preliminary stage of the competition are now set to face the side from Morocco in a doubleheader encounter.

With the first leg of the clash scheduled to be played today, the Phobians are aiming to pick the three crucial points.

Ahead of kick-off, the head coach for the team Samuel Boadu has named a strong starting lineup.

Highly-rated goalkeeper Richard Attah is starting in the post with captain Fatawu Mohammed named in the defense.

Emmanuel Nettey starts alongside Frederick Ansah Botchway in midfield while Daniel Afriyie Barnieh and Kofi Kordzi play in the attack.

Below is the Hearts of Oak starting eleven to face Wydad AC:

Today's clash will be played at the Accra Sports Stadium with kick-off set at 15:00GMT.

With an hour to kick-off, here is the official Wydad AC starting eleven to face Hearts of Oak this afternoon. 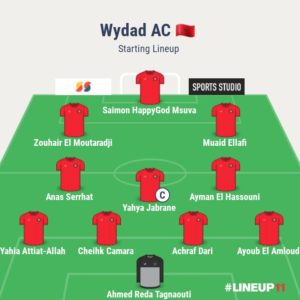 Match will start in the next 15 minutes. Stick and follow this update:

1' We are off at the Accra Sports Stadium with Hearts of Oak kicking us off. Game on!!

2' Early Chance! Wydad AC piles pressure on Hearts of Oak and manage to hit the goal post. The visitors were unlucky there. What a start to the match.

6' CHANCE!! Wydad comes again and have a good chance to score. The Salmon HappyGod shot is however parried away by the alert Richard Attah.

10' Hearts of Oak have struggled to hold on to play in the early parts of today's game. So far no threat from the home team.

13' It's been a strong midfield play from both teams. We have a good game on our hands now.

18' Hearts of Oak gradually pushing forward to create something in the first half. Still lacking the needed authority on the game though.

22' CHANGE!! Hearts of Oak are forced to make the first change of the game. Defender Raddy Ovouka picks a yellow card and comes off for William Dankyi.

25' Hearts of Oak enjoying some possession in the last 10 minutes of the game. Can they make it count?

28' Emmanuel Nettey tries to find Kofi Kordzi with a lobbed pass but the Morocco defense stands tall to avert the danger.

33' It has been a very interesting match between the two teams. The home team have been pushing the visitors and can get a goal before the break.

38' Penalty calls from the home fans is brushed away by the fans of Hearts of Oak. Kofi Kordzi sets up Daniel Afriyie Barnieh before he is brought down in the box. The referee waves play on.

42' Goal!!!! Hearts of Oak take the lead at the Accra Sports Stadium. Salifu Ibrahim sends in a delicious cross as Isaac Mensah shows resilience to slot the ball into the back of the Wydad AC net. Nice goal.

Halftime: An entertaining first half ends with Hearts of Oak with a deserved lead. We will be back after 15 minutes with the second half.

46' We are back underway at the Accra Sports Stadium for the second half. Will there be more goals in this one?

47' Daniel Afriyie Barnieh tries his effort from distance but his shot lacks power and is easily saved.

48' Daniel Afriyie Barnieh is down screaming in agony. It appears he has injured his shoulder. The referee signals for the medics to come on.

49' Fortunately Barnieh is able to continue the game. The match has restarted.

53' Emmanuel Nettey bossing the midfield for Hearts of Oak now. The home team must take advantage of the dominance to get a second goal.

57' Kofi Kordzi latches onto a long ball and unleashes a fierce strike. He is unlucky there as the Wydad goalkeeper pulls off a great save.

60' A Wydad player goes down in the Hearts of Oak area. His teammates shout for a penalty but the referee waves play on.

64' CHANCE!! Kofi Kordzi sets up Salifu Ibrahim but his effort flies well over the bar. That should have been a goal.

68' Boos from the stands as fans express displeasure to a number of decisions taken by the referee. Clearly, the home fans are not happy.

70' Hearts of Oak showing eagerness to score the second goal but yet to succeed. Will there be another goal?

75' Some end-to-end action in the last five minutes as both teams commit bodies forward.

79' Hearts of Oak are now in control of the game. They urgently need a second goal to guarantee a win.

81' Salim Adams with a brilliant turn to evade his marker. He tries to send Daniel Afriyie Barnieh through on goal but the attacker is flagged to be offside.

85' We are into the last five minutes of the match.

88' Wydad AC is now in control of the match. An away goal will do the team a lot of good ahead of the second leg.

90' We will do three minutes of additional time.

90+ Wydad AC scores but wait. The referee whistles for an offside.