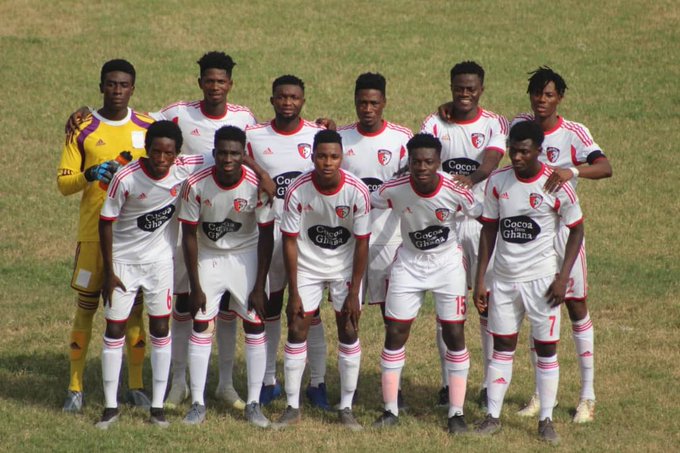 Good afternoon and welcome to the live text commentary session of the match between West Africa Football Academy (WAFA) and Obusia Ashanti Gold.

The Miners are playing away to the Academy Boys at the Sogakope Park with high hopes of getting all the maximum points to ensure they continue to stay top of the Ghana Premier League standings.

The game has kicked off at the Sogakope Park. Who gets the first goal?

Ashgold midfielder Appiah Maccarthy intercepts a pass, initiates a counter-attack and shoot from the edge of the box but his effort is blocked.

Not much to separate the two teams so far. Ashgold playing some good beautiful football but so far WAFA has proven to be the better side.

Center-back Konadu Yiadom jumps to head the ball into the net from a corner kick.

Goaaaaallllllllll. Amos Kofi Nkrumah heads in from close range to give restore parity for the Miners.

The academy boys go into the halftime break with a deserved lead. We will be back with second-half updates after the 15 minutes.

The game has restarted at the Sogakope Park. Can Ashgold get back into this one?

Looks like WAFA is going for the kill right away. They have been awarded a penalty and could take a 2-goal lead if they score.

There is surely no way back for the Miners here.