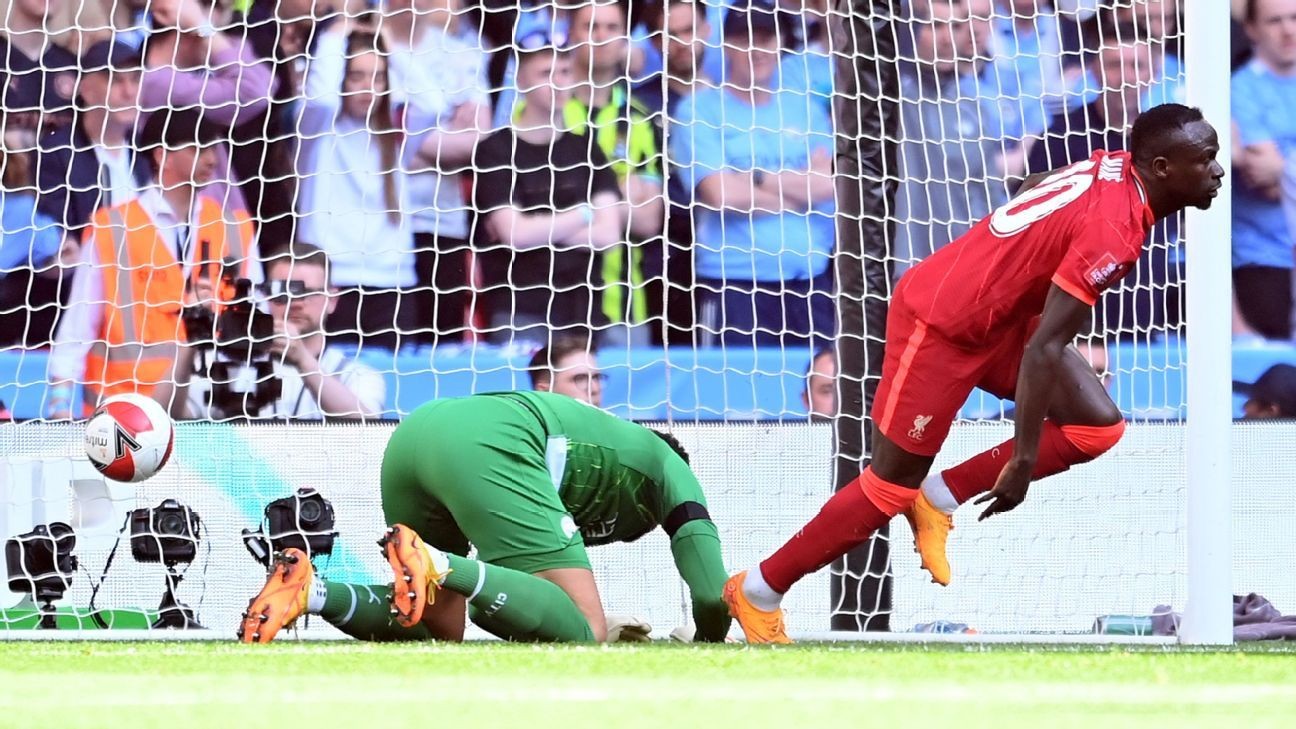 A mistake from Manchester City's goalkeeper Zack Steffen helped Sadio Mane to a brace in Liverpool's 3-2 victory on Saturday to advance to the 2022 FA Cup final.

Steffen took an extra touch after receiving a back pass from defender John Stones, giving Mane enough time to slide in and poke the ball into the net to grab Liverpool's second goal of the match.

Ibrahima Konate scored Liverpool's opener, and Mane added his second just before half-time, with Jack Grealish and Bernardo Silva on the scoreboard for Man City.

"Today is special -- we were playing one of the best teams in the world," Mane said. "To win this kind of game, especially in a semifinal, is a big, big, big win.

"We started very well, everybody started on the front foot -- for my first goal the goalkeeper made a mistake but I think we pushed him to make that mistake.

"That is our style and I think that made the difference."

Liverpool opened the scoring on the ninth minute when Konate headed in ball from a beautifully weighted Andy Robertson corner.

Their lead doubled just 10 minutes later when Mane chased down Stones' pass to Steffen, and capitalised on the goalkeeper's casual touch of the ball.

Thiago Alcantara and volleying it past Steffen.

After the break, City replied quickly with Jack Grealish pouncing on a square ball from Gabriel Jesus and firing it into the net on the 46th minute.

The goal gave City momentum, and the side went close two more time through Jesus. However, the efforts were well covered by Liverpool goalkeeper Alisson to maintain the two-goal lead.

With 90 minutes on the clock, Bernardo Silva added a second for City, but despite a nervy four minutes of extra time, Liverpool were able to hold on and secure the victory.

Before the match, the period of silence in honour of the victims of the Hillsborough victims was interrupted by fans chanting and City apologised to Liverpool following the incident.