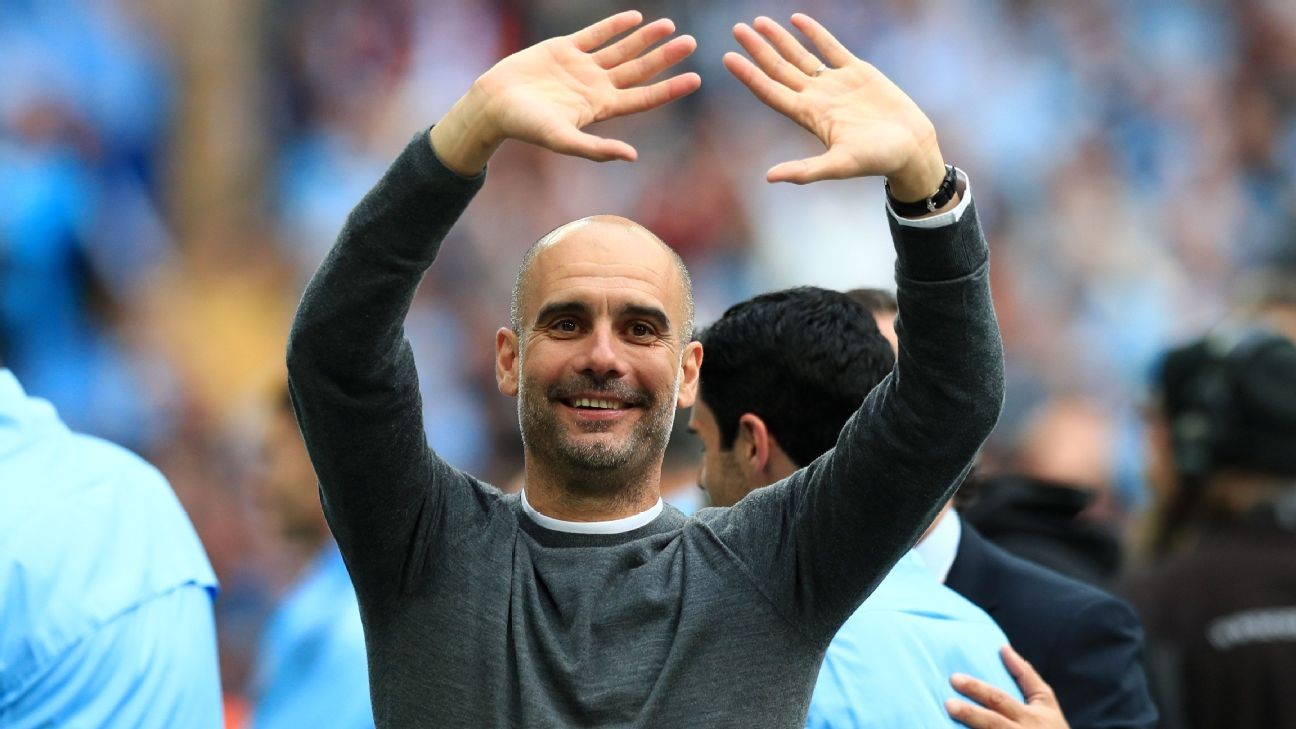 Paolo Bandini explains why Pep Guardiola to Juventus doesn't make sense, and outlines how Maurizio Sarri and Simone Inzaghi are the frontrunners.

Dani Alves recalls what it's like to play for Pep Guardiola and reminisces on his time playing alongside Lionel Messi and Neymar.

Manchester City manager Pep Guardiola has dismissed suggestions that he will take a sabbatical from football.

Reports in England claimed Guardiola wanted to take a break because City's domestic Treble-winning season and tight battle with Liverpool for the Premier League had left him shattered.

Summer of Soccer: Your guide on what to watch

Guardiola took a year out of the game because of fatigue after leaving Barcelona in 2012. He spent the year in New York before returning to management at Bayern Munich.

He has two years remaining on his City contract after signing an extension last May and said he fully intended to see out his deal.

"I do not take a sabbatical," he told reporters at the Costa Brava Legends Trophy golf tournament in Spain.

"The news comes out, is repeated and is not checked. I have two years [left] of my contract and, if they do not kick me out, I will continue."

Guardiola has been linked with a move to Italian champions Juventus following the departure of Massimiliano Allegri after five years in charge.

But he reiterated his desire to stay at City after back-to-back Premier League titles and win the Champions League -- the only trophy City have not won during his reign.

"We all want to win the Champions League because it is the most beautiful thing," he said.