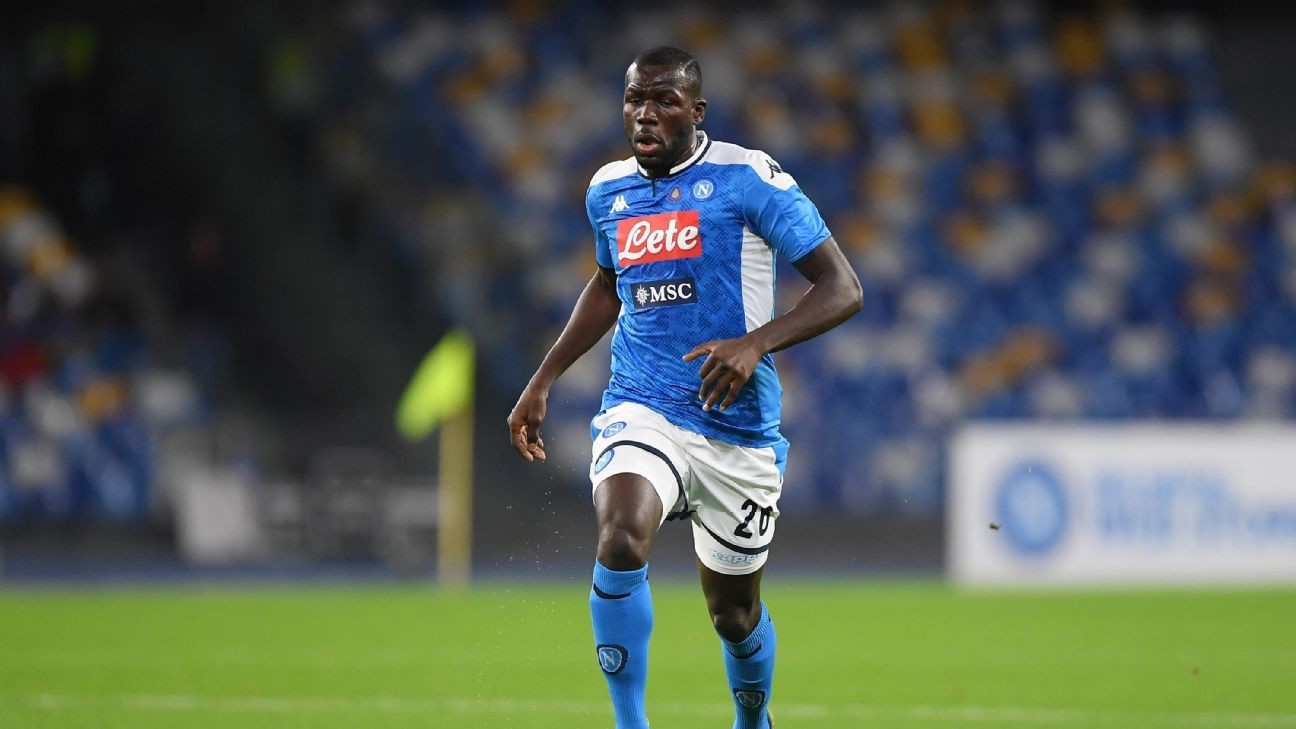 Manchester City target Kalidou Koulibaly will be allowed to leave Napoli this summer for the right price, the Serie A club's president Aurelio De Laurentiis said.

The central defender has been a target for a host of top European clubs in recent seasons, with City and rivals Manchester United among them.

- Stream FC Daily on ESPN+
- Why my club could sign Koulibaly

City have been in the market for a commanding central defender since losing Vincent Kompany at the end of the 2018-19 season and their hopes of landing Koulibaly have been boosted.

As well the Senegal international, striker Arkadiusz Milik has also been made available at the right price by Napoli

"Koulibaly and Milik are on their way out but we need to see what offers arrive" De Laurentiis told reporters. "If they go, we know how to replace them. If not, we'll discuss it again next year."

City signed defender Nathan Ake from Bournemouth earlier in the summer, but remain interested in signing Koulibaly, according to ESPN sources.

Koulibaly was signed from Genk in 2014 and, after a difficult start, established himself as one of the game's leading central defenders under the guidance of former manager Maurizio Sarri.

Milik was signed as a replacement for Gonzalo Higuain in 2017 and has showed glimpses of his goal scoring talent, but his time in Naples has been blighted by a series of serious knee injuries and he is a target for Serie A sides Roma and Juventus.

Napoli have shown they have the ability to adequately replace their most important players when they move on.

In 2018, they lost Jorginho -- who was central to their passing style of play under Sarri -- to Chelsea and brought in Fabian Ruiz. The Spain international is now a target for several top clubs across Europe.