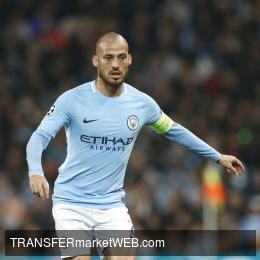 Playing for Manchester City since 2010/11, former Spanish international attacking midfielder/winger David Silva (32) is reportedly in deal extension talks with Premier League giants. Linked to a move back to Valencia last summer (and the one before), Silva, who stated he'd like to end his career at Las Palmas, is currently on a deal with Citizens until June 2020.