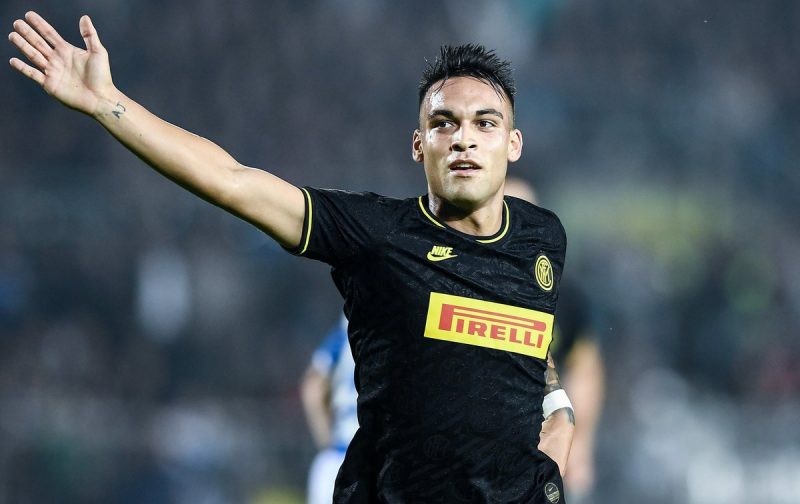 The 22-year-old has emerged as a key figure for the Nerazzurri this season, forming an excellent partnership with Romelu Lukaku after being  relegated to the bench for much of last season at the expense of Mauro Icardi.

Lautaro has already eclipsed his goal total from last season after just 19 appearances this campaign, and his form has certainly not gone unnoticed.

Barcelona have long been mentioned as potential suitors given Lionel Messi has asked the Blaugrana to invest in his compatriot, but Sky Sport Italia reports Manchester City have joined in the chase.

The English giants view Lautaro as the perfect heir to Sergio Aguero, and it’s believed they are taking a close look at the €111 million release clause in the Argentine’s contract.

That clause is reportedly only valid for clubs outside of Italy for a few weeks in the summer, but recent reports state Inter are already hard at work over a new contract that would either raise or remove that clause.

So far this season Lautaro has 13 goals in 19 appearances in all competitions, a marked improvement from the nine strikes in 35 matches last campaign.