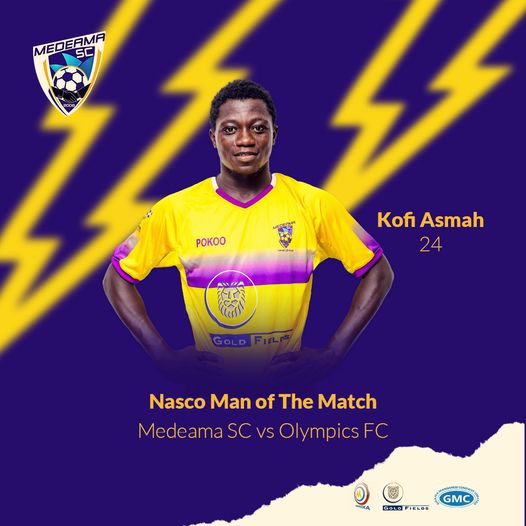 Medeama SC defender, Kofi Asmah has been invited to join a host of 23 Black Satellites players as part of the Ghana Football Association’s vision to continue the development of young players and to see to their progress at the right level.

Asmah has left Tarkwa to join his colleagues at Ghana Under 20 camping base at the Ghanaman Soccer Center of Excellence in Prampram.

The players are expected to be under the tutelage of U-20 assistant manager, Samuel Boadu and other technical staff to ensure players are given the right training and monitoring to ensure a progressive transition into the U-23 and other top-ranking national teams.

Asmah, who since his introduction into Medeama SC senior team from the youth side, Rospak has formed a solid partnership with experienced Black Stars B defender, Vincent Atinga, was left out of Ghana’s squad that failed to qualify for the African Youth Championship slated for Egypt next year, and the upcoming FIFA U-20 world cup by default.

According to the GFA, there shall be a series of friendly and competitive matches while they continue their formative camping regimes.