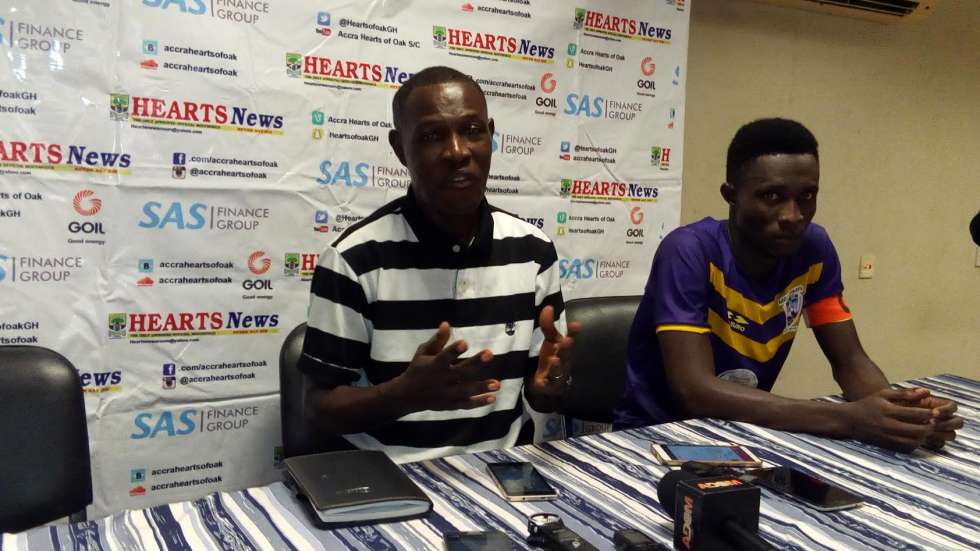 Head Coach of Medeama Sporting Club, Evans Adotey has praised the performance of his players in their 0-0 draw against Aduana Stars at the T&A park on Saturday.

The Mauves and Yellow battled a determined Medeama at home but settled for just a point against the league leaders.

Coach Evans Adotey who wanted a win was not dispointed having dropped two points but rather praised the performance of his players.

“Our game plan was to stop Aduana, I knew they were coming with two strikers and that made it difficult for us to play on the counter. Well, physically I will say the work rate of my players was good,” he said after the game.

“Honestly speaking, I appreciate the way my boys played today. Talking about speed, strength and endurance and the cohesion from the back to the middle and attack was intact.”

Medeama will next travel to Wa to play Champions All Stars. The draw however left them on fourth position with 35 points.