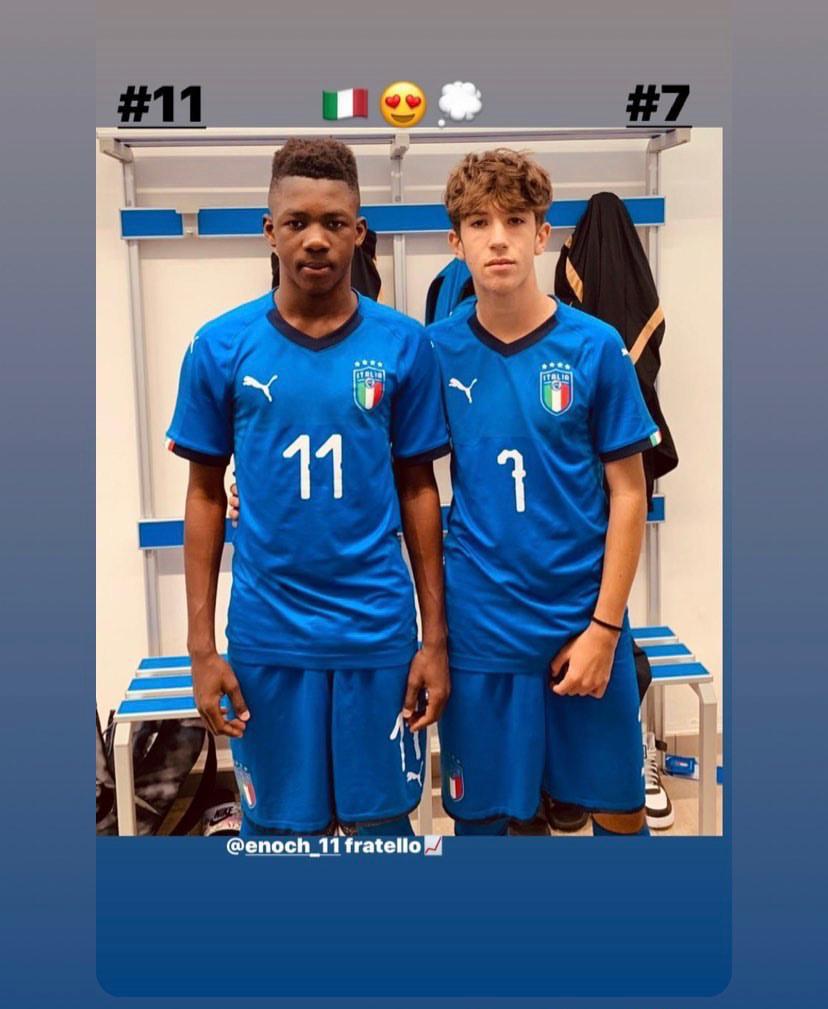 Young, talented Ghanaian-Italian kid Enoch Owuso, plays for the U15 side of Inter Milan. His parents are James Owusu and Madam Emilia Owusu.

Birthed in Bergamo, in the Lombardy region, Enoch was recruited by the Italian club prior to his 13th birthday after impressing scouts.

He plays as a right winger for the Nerazzurri in the juvenile championship in Italy.

The mercurial attacker has scored four goals in 9 games so far this season after increasing his tally against Bologna on match day nine.

Enoch scored a double against Cremona on the 6th October and the match report on Inter’s website stated that Enoch checked in from the left wing evaded an onrushing defender and then slotted the ball home.

He repeated the same act in the 31st minute of the game.

Enoch’s performances caught the attention of Italy’s national team, youth scouts and was subsequently invited to the national team on the 3rd October together with his teammates Tommaso Ricordi and Kevin Maussi Martins to a rally held in Coverciano.

The rally in Coverciano is a gathering of young talents from clubs across the country, where they’re grouped into teams to play matches among themselves after which the number will be whittled down.

Enoch played 40mins of proceedings and is hoping to make the final cut. He’s played in all nine games for Inter Milan.