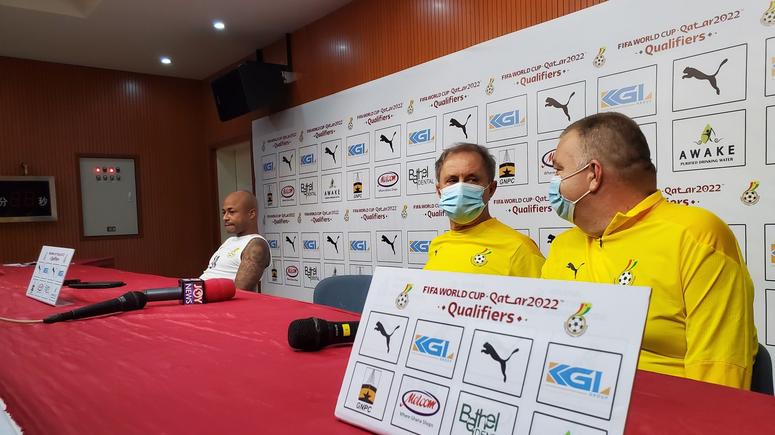 Ghana head coach, Milovan Rajevac has opened up on his decision to play Andre Ayew in a defensive midfield role in the first leg of the meeting with Zimbabwe in the 2022 FIFA World Cup qualifiers.

When the Black Stars defeated the Warriors 3-1 at the Cape Coast Stadium, the captain was partnered with Thomas Partey in midfield to the surprise of many.

According to coach Milovan Rajevac, he knows the abilities of Andre Ayew and had the confidence that the player will be up to the tax.

“Andre was used as a holding midfielder because I know him very well and I know his abilities, experience, and knowledge. He is very intelligent player and a great leader so in that match, we wanted to play offensively and I needed him because of his passing and decision and because we didn’t have Wakaso, I had faith in him that he can deliver which he proved he can,” Coach Rajevac told the Ghana FA media team in an interview.

The Serbian tactician added, “His fighting and determination is great so I took the decision and I am quite satisfied with his performance.”

On that matchday, Andre Ayew scored in the second half when he was given an advanced role.