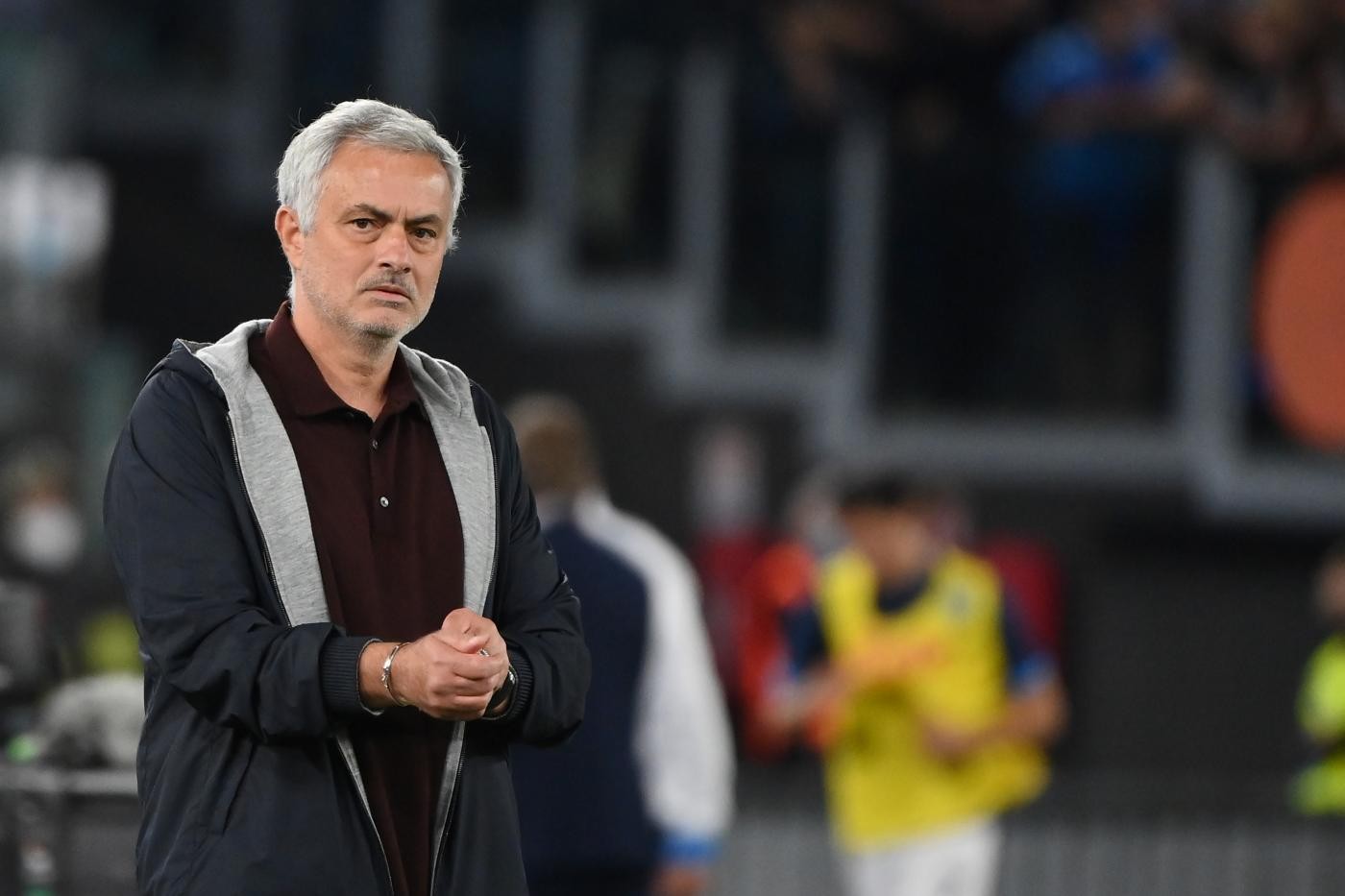 Jose Mourinho was more than satisfied with his side after watching them beat Zorya Luhansk 4-0 on Thursday evening.

The Giallorossi moved into the knockout phase of the Europa Conference League thanks to the triumph, as Carles Perez, Nicolo Zaniolo and Tammy Abraham (2) all got on the scoresheet.

Here's what the boss had to say after the game...

An encouraging performance – what struck you most about tonight’s game though?

“The first thing, the most encouraging thing, is that we moved through the group phase. A group that we should have won, but it was important to get through and to do so we needed to win this game. The result was fully warranted, we could have scored even more.

“The opposition weren’t the best but they were capable of causing some problems; they are aggressive, they try to close down the opposition … but we found the right solution to that, thanks in part to some brilliant individual performances from our players. We are pleased because we are going through.”

Nicolo Zaniolo played really well – what do you think had a bigger impact on that, being dropped for the last two games or playing in a different role?

“I don’t think it was the former. The first time, in Venice, was because he had barely trained during the week before. The second, okay, perhaps that was down to me – because he hadn’t ever played that way before, as one of the two forwards like he did tonight.

“I went with Eldor Shomurodov because he had a bit more experience with that, running in behind, and then opted for Felix [Afena-Gyan]. But today he really played well. As I said before the match, I wasn’t expecting to see any particular response from him – just teamwork. And I really liked the attitude I saw from him.”

How much does Tammy Abraham still need to improve?

“He’s another one that is on a journey like so many of the others. My team is a team full of nice guys and they are a group that don’t make me angry even when they lose – because the attitude and team spirit is always there.

“It’s a group of good lads who need to develop and improve. Tammy comes from a different environment, where he was playing for a team that always dominated matches and where the forwards are just expected to score goals. They don’t need to do too much of the hard graft. But here it is different. Today with their holding midfielder, because of the system we had, I needed one of the two forwards to apply pressure between that No. 4 and their central defenders. So Tammy has work to do.

“From a fitness perspective he wasn’t used to doing that sort of job but he is doing it. He is sucking it up and buying into the need to do it for the team. He can score more goals and he will score more goals, but his overall attitude is really improving. We could be doing better in the league and we could have won this group but I am still pleased with the efforts of my guys.”

What sort of a player do you think Zaniolo is?

“He’s got great potential, but he’s got to learn in terms of his tactical understanding and the consistency of his attitude on the pitch. He has a lot of talent, he doesn’t need to have these highs and lows in terms of his confidence. He’s a really good player even if he is struggling a bit. So he needs to understand his talent and his potential. He’s on a journey – and, as part of that, we shouldn’t forget the fitness issues he’s had to go through.

“As a player he seems sometimes to struggle with negative feelings. Against Juventus he was playing really well, a bit like today except against a better side, but then the first time he took a blow to the knee he got a bit scared – as happens to any player who has suffered a serious injury. You need to leave him be. If I can ask the press in Rome not to tell lies, not to make up stories, not to create problems between us that don’t exist. I’m here to help him not to judge him.

“I get that lies sell more papers, but especially in Rome – if you are a Roma fan – then you should leave him be. Perhaps Roberto Mancini would also be happy if we can build up a Zaniolo who could help the national team.”