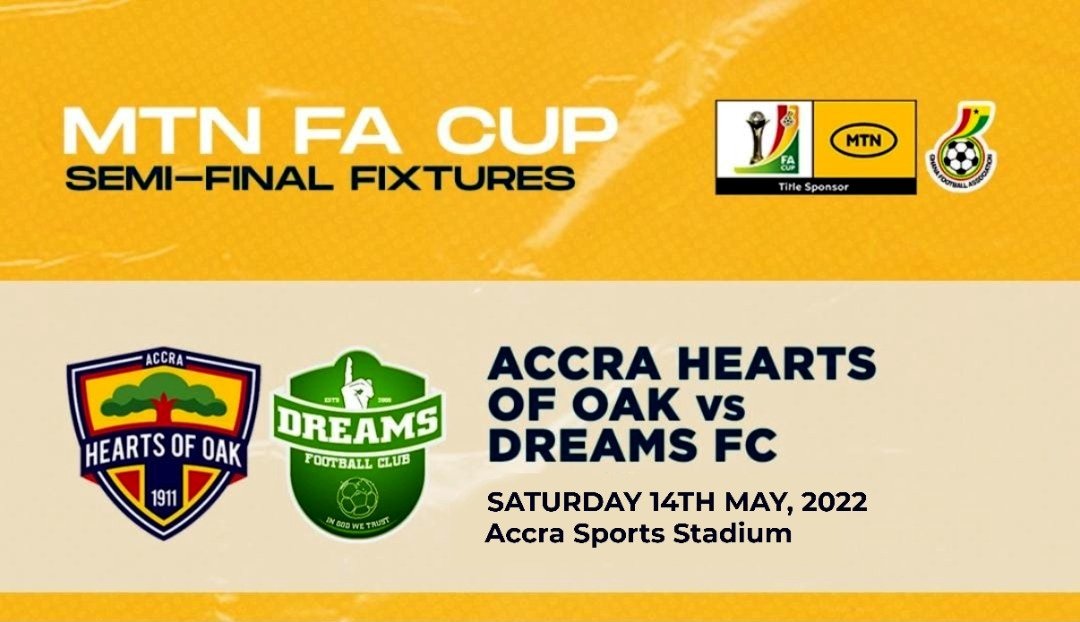 The encounter between Hearts of Oak and Dreams FC in the semi-finals of this season’s MTN FA Cup will now be staged at the Accra Sports Stadium, this is according to the Ghana FA.

The clash was originally scheduled to be played at El-Wak Stadium before it was moved to the home venue of the defending champions.

The decision to change the venue is unfortunately not included in the statement from the GFA.

“The MTN FA Cup semi-final match between holders Accra Hearts of Oak and Dreams FC has been moved to the Accra Sports Stadium.

“The match was originally scheduled for the El-Wak stadium will now take place on Saturday, May 14 at 3pm at the Accra Stadium,” a GFA statement said on Tuesday evening.

Meanwhile, the other semi-final clash between Bechem United and Aduana Stars will be played on Sunday, May 15 at the Golden City Park in Berekum