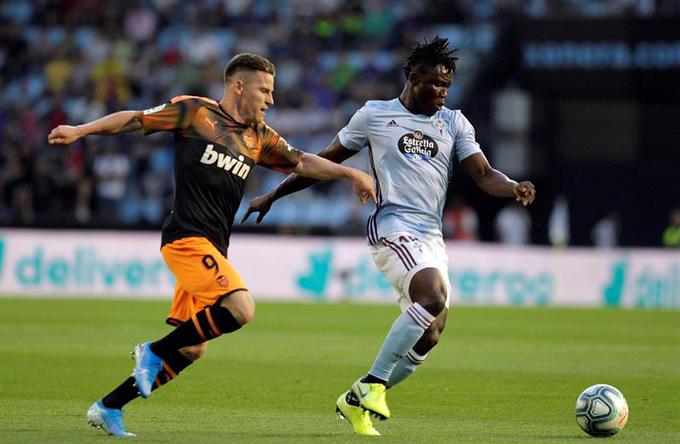 Ghanaian international Joseph Aidoo has described his debut appearance for Celta Vigo in the Spanish La Liga as fantastic.

The reliable defender completed a move to the Spanish top-flight side in the summer transfer window from Genk, having impressed in the Belgian Pro League last season.

After enjoying pre-season with his new club, Joseph Aidoo was handed his debut on match week one to feature against Valencia at home.

He impressed at the back and made 61 passes (with 98% pass accuracy), six clearances, and won possession in the final third two times.

Speaking in a recent interview, Aidoo has opened up on the first time he donned the Celta Vigo jersey and the feeling he had.

“The feeling was very nice when I got to know that I am starting [my first match for Celta]. Also seeing my name at the back of the jersey was really nice and at the end, we won, it was really fantastic,” the 26-year-old told the club’s media.

The Black Stars defender’s outstanding showing earned him another start in Celta Vigo’s 1-1 draw with Sevilla at the Ramon Sanchez-Pizjuan.