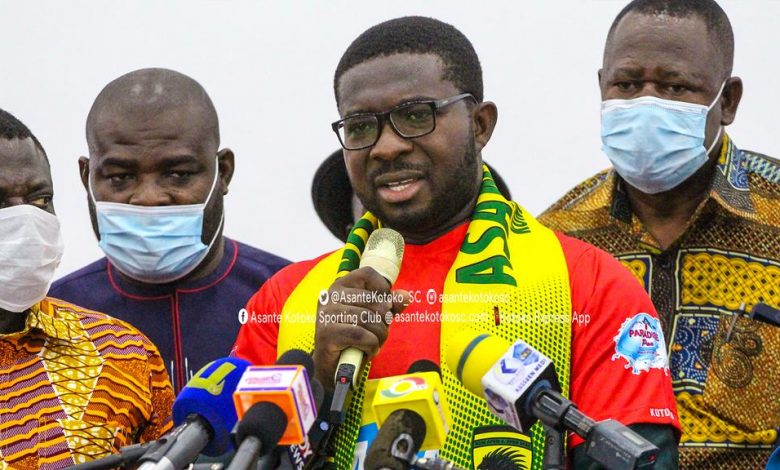 Chief Executive Officer of Asante Kotoko, Nana Yaw Amponsah has disclosed that although Ghana Football Association (GFA) president Kurt Okraku has done a good job, he has not been impressed with some things under his tenure.

The football administrator competed but lost to the current GFA boss during the presidential elections in 2019.

According to Nana Yaw Amponsah, the issues of hooliganisms recorded in the 2020/2021 football season is a big dent on the performance of Kurt Okraku’s tenure as GFA President.

“I am impressed with some things done by the FA but I am unimpressed with things happening because every week, hooliganism is on the rise and it seems we are not doing anything about it. Referees are beating every week but in the past, these things were not happening,” the Asante Kotoko CEO said in an interview on Asempa FM.

Nana Yaw Amponsah wants the country’s football administration to as a matter of urgency solve the issues of hooliganism and emerging match-fixing scandals in the league.