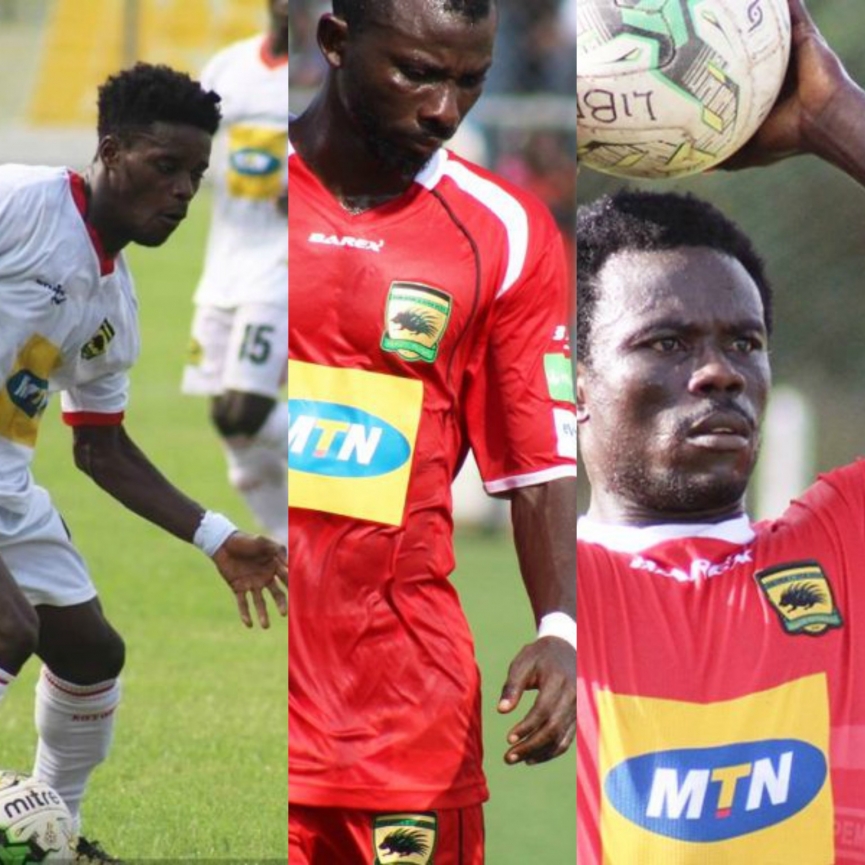 Asante Kotoko have officially parted ways with Kwame Boahene, Augustine Sefah and Jordan Opoku ahead of the start of the 2019/20 Ghana Premier League season.

The Porcupine Warriors hand contract extension to the trio after their contract with the club expired.

Boahene joined the Reds from Medeama SC around a transfer fee of Gh¢ 95,000, while Augustine Sefah and Jordan Opoku joined the club on a free transfers in 2017.

Management member of Asante Kotoko, Nana Gyambibi Coker confirmed the exit of the three players in an interview with Light FM

"We have officially parted ways with three of our players namely Kwame Boahene, Augustine Sefah and Jordan Opoku," Coker said.

"We are preparing for the next season and the squad will be beefed up as well.

The new season is scheduled to kick off on December 28.