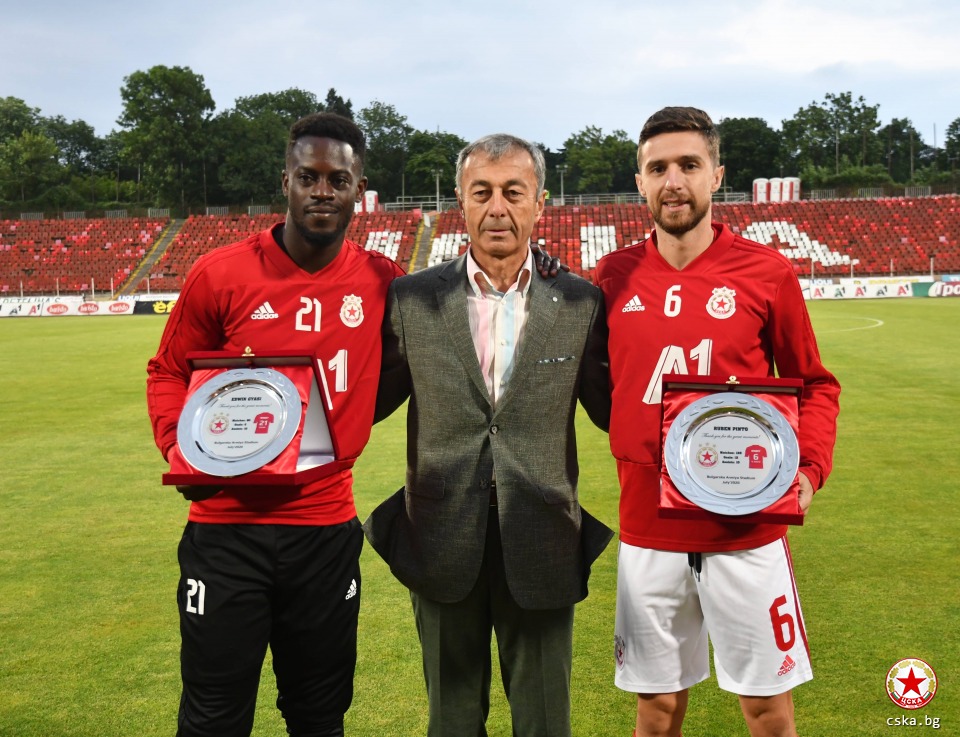 Before the game, the club presented Gyasi with a plaque for his professionalism, dedication and dedication he demonstrated during his stay with the club.

Portuguese midfielder, Ruben Pinto who is also leaving the club this summer was also presented with a plaque.

Gyasi joined the Bulgarian side 2018 during the winter transfer from Aalesund. He made a total of 60 official matches of the club, in which he scored 6 goals and scored 10 assists.

Last summer, the offensive midfielder played for 6 months as a transfer in the American Dallas.

However, as this portal has reported earlier, Gyasi is set to join Besiktas this summer on a three-year deal.

The pacy and skilful winger has already held talks with the hierarchy of the club in Istanbul.

The Turkish SuperLig side are determined to improve their side for next season and Gyasi will play a huge part next season.

Gyasi was being chased by numerous clubs in Europe but Besiktas was able to meet his demands.

He made his senior debut for the Ghana national football team in a 5-1 2018 FIFA World Cup qualification win over Congo on 5 September 2017.