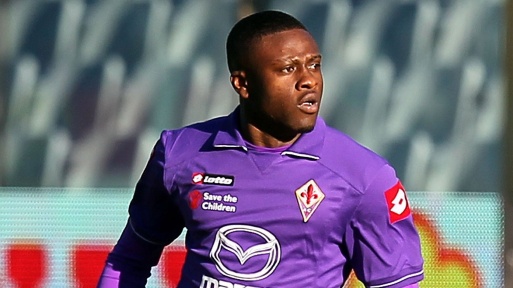 Salifu joined the Romanian-based club on a free transfer after ending his nine-year stay at Italian Serie A side ACF Fiorentina last month.

The 27-year-old signed a one-year deal with an option of renewal with FC Petrolul Ploiești after passing a mandatory medical test on Saturday.

The former Ghana U20 star was signed by ACF Fiorentina from Vicenza on a transfer fee of €1.65m as a replacement for Adran Mutu but failed to secure a permanent spot in the Fiorentina first team .

He made only sixteen appearances for the Fiorentina senior team during his nine-year stay at the Serie A side.

Salifu has been shipped out to a host of clubs in Italy including Catania, Modena, Perugia, Brescia, Mantova, Arezzo, and recently Kuwaiti club Al-Salmiya SC during his stay with Fiorentina.