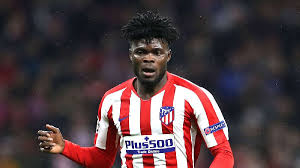 After dispatching Chelsea 2-0 on Sunday, courtesy of a Sadio Mane brace, Liverpool play host to Arsenal in gameweek three seeking to continue their unblemished Premier League record this season.

Mohamed Salah netted a hat-trick the last time last year’s champions played at Anfield and he’ll want to keep pace with the competition’s top scorers so far — Son Heung-min and Dominic Calvert-Lewin have four each.

On the away side, Gunners skipper Pierre-Emerick Aubameyang, scorer of 22 goals in each of the last two campaigns, will want to stay close the early-season prolific marksmen. He’s scored only once this season, but supplied a brilliant assist for Alexander Lacazette in their hard-fought 2-1 success over West Ham United last time out.

Given Arsenal have been beaten easily at Anfield in recent years, this season represents a good time to stun Jurgen Klopp’s side and signal the North Londoners’ credentials this term.

Naby Keita ought to play a part for the home side, while Bukayo Saka and Nicolas Pepe might feature for Mikel Arteta’s men.

Brighton & Hove Albion’s right wing-back has been one of the Seagulls’ shining lights even after two games, and looks set to have another impressive outing this weekend when they host Manchester United.

Lamptey, a product of Chelsea’s academy, possesses the pace and directness to trouble a United backline that often struggles against raw speed and incisiveness.

Graham Porter’s side were largely unlucky to lose their opening game at the Amex vs Frank Lampard’s troops 3-1, and will believe they have a chance against the Red Devils in the first game of the weekend at lunch-time.

While Jordan Ayew, Jeffrey Schlupp, Cheikhou Kouyate and Eberechi Eze ought to play a part vs Everton this weekend, Zaha has somewhat reinstated himself as Crystal Palace’s go-to star.

The Eagles’ attacker was back to his best as Roy Hodgson’s men inflicted Man United’s first defeat in the Premier League in eight months in last week’s 3-1 success at Old Trafford.

It was the first time since May 2019 that the side from south London have scored three times in the top flight, and they’ll look to the Ivory Coast superstar to thrive against the Toffees at Selhurst Park.

Given Carlo Ancelotti’s men are, theoretically, one of the clubs the West African could still sign for, it’ll be interesting to see how Zaha fares on Saturday.

Possibly Inter Milan’s most-important signing of the summer window so far, Hakimi ought to make his debut for Antonio Conte when last term’s runners-up host Fiorentina.

The former Real Madrid and Borussia Dortmund wing-back was the Italian manager’s first signing of the summer, and the Moroccan will play a large part in the Nerazzurri’s quest to supplant Juventus as Serie A champions in 2020/21.

Having threatened to walk out on Inter, Conte has been backed to a hilt in the window and the club’s Chinese owners will expect a sustained push for the Scudetto this season.