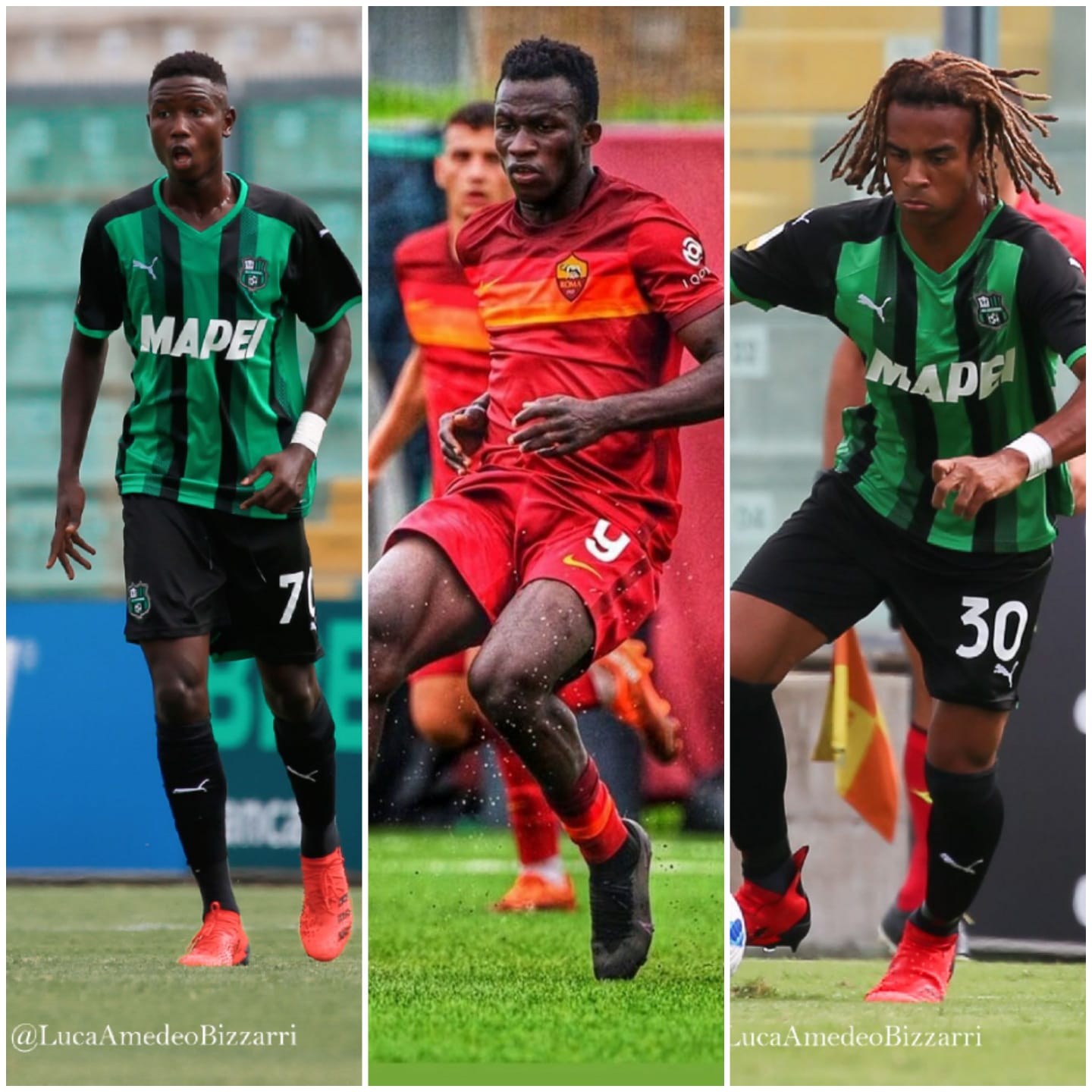 The 2021/22 of the Primavera league kick-started last week with Salim Abubakar, Justin Kumi, and Enoch Owusu making their first appearance in the division (U-19) on the opening game day.

Justin Kumi and Enoch Owusu made the leap from the U 17 division without going through the U-18 stage at Sassuolo and Inter respectively. Salim Abubakar has made a natural progress at Sassuolo.

But before we delve into their respective performances, let's start with some transfer news regarding Ghanaian footballers in the various youth leagues.

18-year-old Kakari Sulemana Ibrahim has joined Hellas Verona in the U 19 division. The midfielder spent a year at Atalanta with the U 17 squad.

Emmanuel Gyabuua Manu has signed for Serie B club Perugia from Atalanta.

Right-back Mike Aidoo has joined Italian giants Inter in the U-18 league division.

Below are the summary and rating of the performance of players over the weekend:

Rating 7.5: he is the best in the field ever. With his tears he keeps all the black-green defense apprehensive, scoring the winning goal in the second half.

Ahmed Awua leads Parma to an encouraging start to the season with a 6-1 mauling of Alessandra in matchday one of the Primavera 2 division.

Rating 6.5: enough game for the crusader captain, he uses his physique very well. Some intervention too hasty, but overall he manages the defense very well.

Enoch Owusu made his second consecutive start for Inter when the Nerazzurries lost 2-3 to Atalanta at home. The skillful attacker is yet to find the net in the Primavera.

Rating.5: he had chances to be a scorer of the match, but he let himself be hypnotized by the opposing goalkeeper.

Salim Abubakar was one of few shining light for Sassuolo in their difficult encounter against Roma on the road. The Neroverdi lost by a lone goal. Abubakar played 90mins.

Rating 6: plays a good match even when, his manager moves him to the role of right-back

Ebenezer Annan came on the second half for Bologna in their 1-1 draw away to Lecce.

Rating 6: playing as a full-back but his physicality helps him in his forays on the wing.

Justin Kumi was a second-half substitute for Sassuolo in the 60th minute. Rating 5.5: has little impact since his entry into the field.

The U18 division will commence this weekend where the likes of Mike Aidoo, Jeremiah Rudolf Boakye, and Patrick Nuamah will playing for their respective clubs.

Source says three other young Ghanaian footballers could be registered to join the aforementioned names in the U18 youth championship.