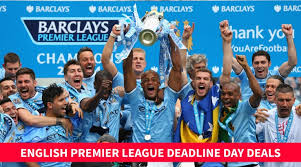 The English Premier League transfer window, a window that never simply closes but rather "slams shut," came to an end Thursday as the country's leading clubs splashed out £1.41 billion ($1.7 billion) during the shopping bonanza -- including £170m ($205 million) on the final day alone.

Just a day before Liverpool kicks off the new Premier League season against Norwich at Anfield Friday night, clubs were desperately trying to bolster their options in a last-ditch attempt to strengthen their chances of success and, for many, survival.

Since the latest transfer window opened on May 16 for domestic deals, 11 clubs have smashed their own transfer records, according to the Deloitte Sports Business Group which tracks football finances. In fact, in the case of Premier League newcomers Sheffield United, the club record was smashed on four separate occasions in one single window. The figure of £1.41 billion ($1.7 billion) is the second-highest total spent since the transfer window system was introduced in 2003, falling just short of the £1.43 billion ($1.72 billion) set in the summer of 2017. It also represents the fourth successive transfer window where spending by England's top clubs has been in excess of £1 billion ($1.2 billion)

According to Deloitte, the average gross player transfer expenditure for a Premier League club in the 2019 summer window was about £71m ($86 million), up from approximately £61 million ($74 million) last year. In addition, the net spend of Premier League clubs during the 2019 summer transfer window is the lowest since 2015. As of August 8, net player expenditure was £625 million ($754 million) with only three clubs, Chelsea, Liverpool and Crystal Palace, in a net receipts position. "With this level of net spend, combined with a more modest increase in Premier League broadcast rights values for the coming season than we have seen previously, we would expect wages to increase at a greater rate than revenue, returning to a wages to revenue ratio of 60%," Jones said. "However, this does not signal major financial concerns as Premier League clubs collectively generated pre-tax profits of £426 million ($514 million) in 2017/18, whilst net spend as a proportion of revenue of 12% is at its lowest since 2012." 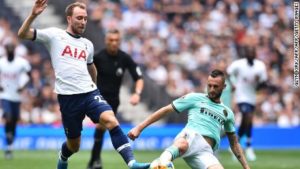 While the transfer window in England might have closed, clubs on the continent can still sign players with the window in Germany, Spain and France open until close of play on September 2. That means Premier League clubs can still offload players they may no longer want, or have their best players poached by the likes of Real Madrid, Barcelona and Bayern Munich. Manchester United's Paul Pogba has been linked with a move to Spain, as has Tottenham's Christian Eriksen. Leroy Sane, who had previously been a target for Bayern, now looks set to stay at Manchester City after sustaining a cruciate ligament injury.