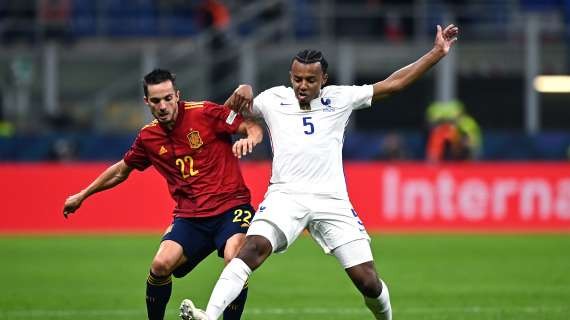 Manchester United have reignited their interest in Chelsea target Jules Kounde, according to reports from The Sun.

The Red Devils considered a move for the 22-year-old Sevilla star this summer before they signed Raphael Varane from Real Madrid. And they are weighing up a move for the centre-back again in January, according to Fichajes.

Varane is going to 'miss a few weeks' after picking up a groin injury and Harry Maguire is also out with a calf problem.

Kounde may not solve United's short term injury crisis but he would provide top class back up with Eric Bailly expected to leave. However, United will face stiff competition from Chelsea who tried to sign the Frenchman in the summer.