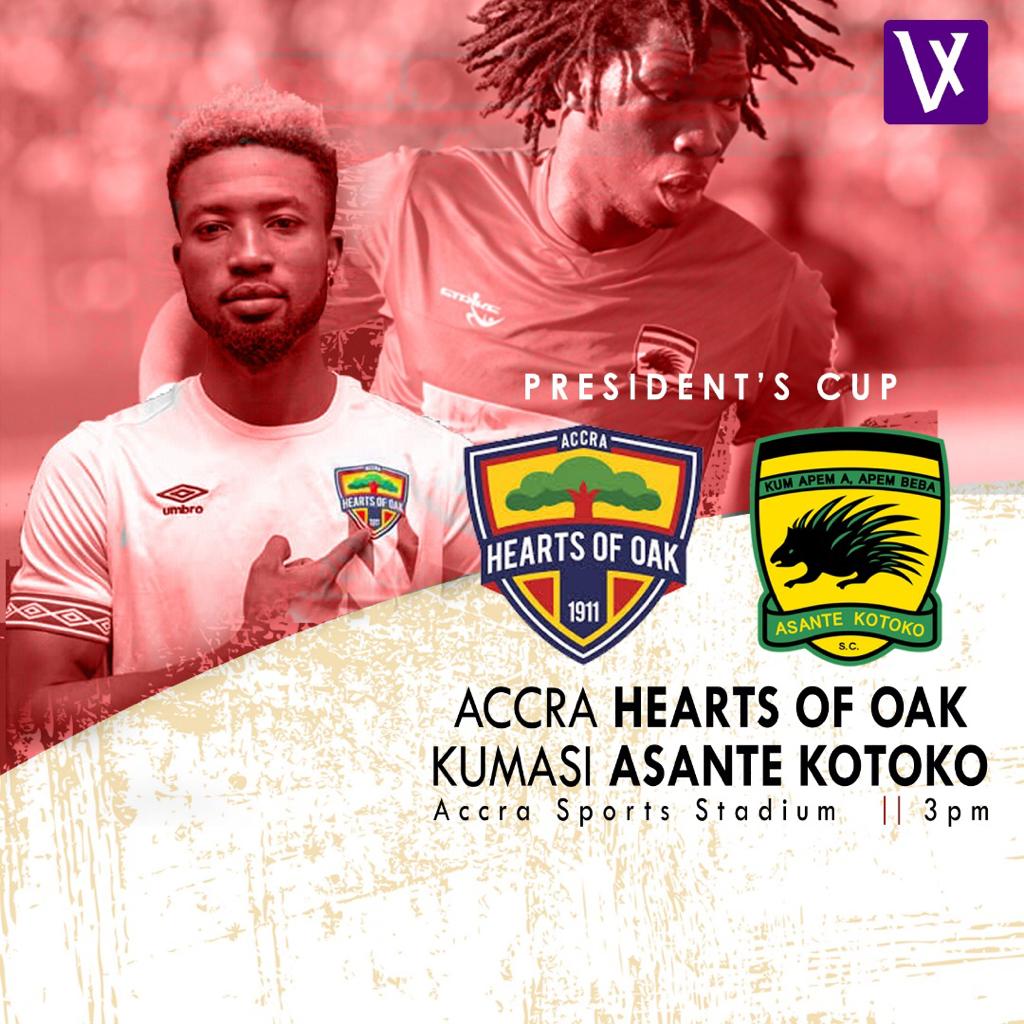 The highly anticipated president cup clash between Accra Hearts of Oak and Kumasi Asante Kotoko scheduled for the Accra Sports Stadium on Sunday has been postponed to December 22 and will be played at the Baba Yara Sports Stadium, Kumasi.

According to a statement signed by Mr. Kudjoe Fianoo, Chairman of the Ghana League Clubs Association (GHALCA) - orgnaisers of the match, the decision was taken after a consultation with stakeholders.

"GHALCA would like to announce to the sporting public that the 2019 President's between Hearts of Oak and Asante Kotoko has been moved to the Baba Yara Stadium.

"Following widespread consultation with principal stakeholders GHALCA has decided to reschedule the match for Kumasi to serve as a precursor to the 2019/20 Ghana Premier League season.

''We would like to take the opportunity to apologize to fans in Accra in particular who have been desirous of watching their darling teams at the Accra Sports Stadium,’’ the statement said.

The initial match was rained off at the Baba Yara Sports Stadium.