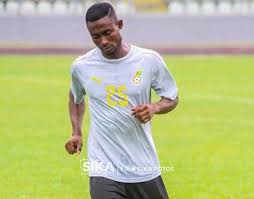 The Mauve and Yellow lads are in pole position to complete the signing of the 27-year-old ahead of the upcoming Ghana Premier League season.

Agyemang is in advanced negotiations with the management of Medeama over his possible switch.

His impressive performances earned him a call-up to the Black Stars 'B'.

He was a member of the Black Stars 'B' squad that won silver at the 2019 WAFU Cup in Senegal.