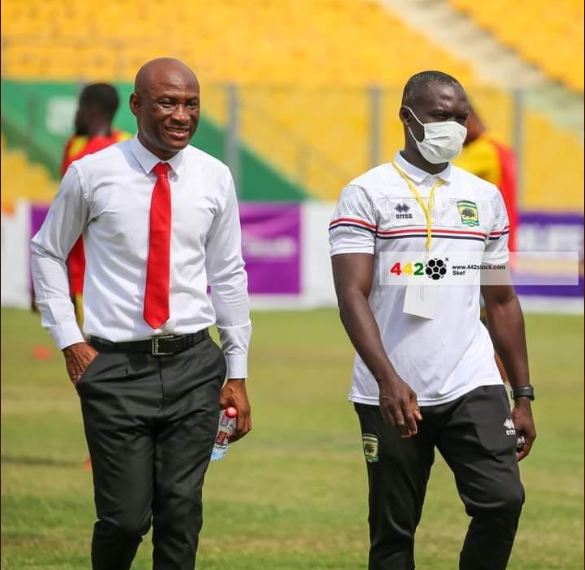 The Porcupine Warriors in the matchday 30 games were shocked at their own turf on Sunday.

Kotoko welcomed Berekum Chelsea to the Baba Yara Stadium and after 90 minutes of action, 10-men Chelsea pipped the side by a lone goal.

Kelvin Obeng scored in the 80th minute to seal all three points for the Berekum-based side.

Before the defeat to Chelsea over the weekend, Prosper Ogum's side had suffered a 3-1 defeat to Legon Cities and a 1-1 draw with Aduana Stars.

After a successive poor display at home, which has raised some eyebrows, head coach, Narteh Ogum has demanded more from his players.

“When you play at home definitely you need to try as much as possible to double your effort because the opponents are coming to play ‘Kotoko’ and you know every team coming to play Kotoko comes with triple efforts.

"Apart from that, there are some few issues of injuries here and there. Most of the players are not really well, which shouldn’t be the case because once you are selected to come and play, you have to be able to deliver.

"So apart from these injury issues, I don’t think we should have any issues about how we play at home."

“I think when you’re playing at home, you need to show a lot of urgency. Somewhere in the first half, I think we tried as much as possible to keep the ball high up their area to create those spaces around them.

"They had a solid defense trying to block those final passes into those spaces which made it very difficult for us to actually have clear chances at goal.”

Asante Kotoko travel away to second-placed Medeama SC, who will be looking to reduce the deficit to three points.