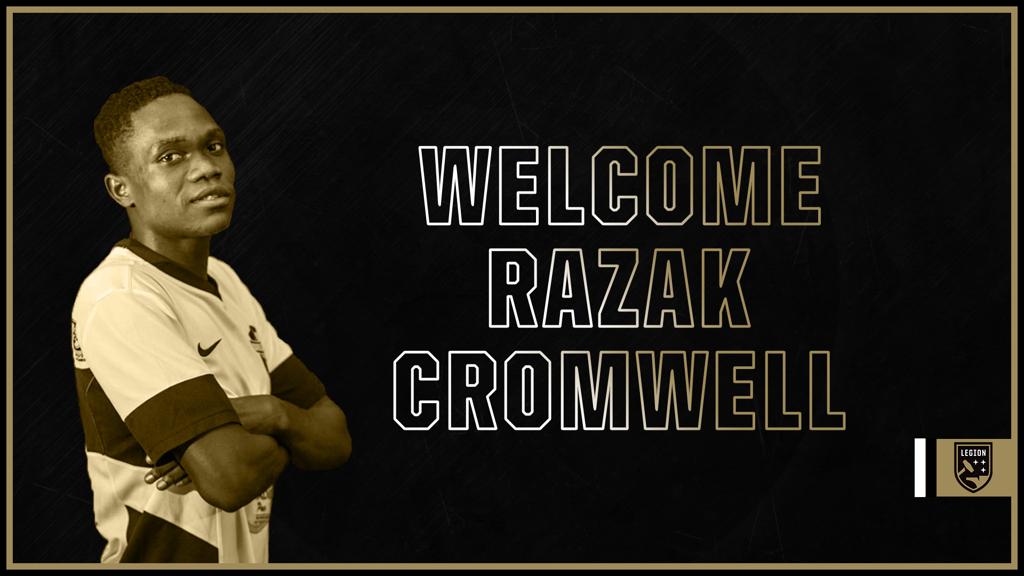 The young defender joined on a season long loan with an option to buy should his stint prove worthy.

Razak was a member of the Proud United FC quartet who joined Dreams FC in December 2017 in division one.

He made several appearance for the Dawu based premiership side in the truncated 2017/18 Ghana Premier League.

President and General Manager of Legion, Jay Heaps lauded the signing of Cromwell as he believes he will be very useful for his side.

“We are excited to add Razak to our roster”.

“He’s a smart, dynamic player with an excellent left foot who can play a few different positions down the left side for us this season,” he explained.