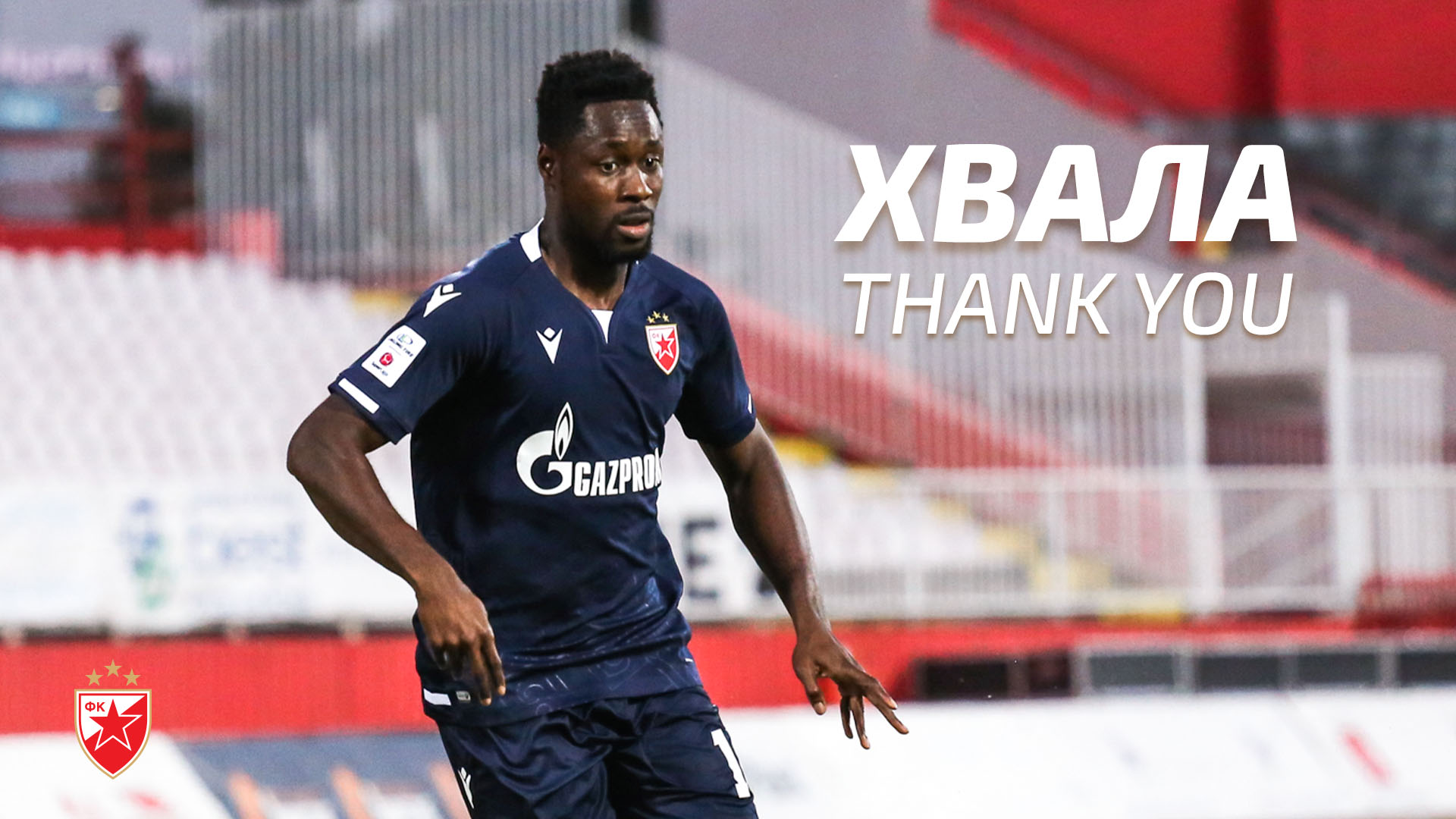 Having joined the team in 2016 from Italian lower-tier side Latina Calcio, the lethal striker has now severed ties with the team as he looks forward to a new challenge in his career.

Taking to their social media pages to confirm the exit of Richmond Boakye Yiadom, Red Star Belgrade has thanked the player for his contribution to the team in the last four years.

“God, thank you for everything. We wish you a lot of success and happiness in the continuation of your career!,” a post on the social media pages of Red Star Belgrade has said today.

On the part of the Ghana forward, he has also in a post on his Instagram page extended his appreciation to the club and its officials, as well as coaches and players he worked with during his stay in Serbia.