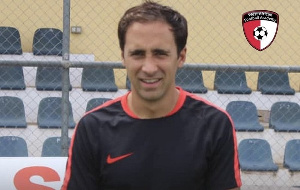 Head coach of Ghana Premier League side WAFA, Guillermo Zaragoza has resigned from his post hours after the club’s defeat to Accra Lions.

The Academy boys suffered a 1-0 defeat at Sogakope on Wednesday in matchday 29 of the domestic top-flight.

The club is currently in the relegation zone and must guide against dropping points in the last five matches of the campaign to maintain their status in the league.

According to Ghanaian journalist, Akakpo Agodji, the Spanish trainer who joined WAFA before the start of the season has parted ways with the club.

He is expected to travel back to his native country after failing to hit the ground running with the Academy boys.

WAFA sits 17th position on the league table with 27 points after 29 games.