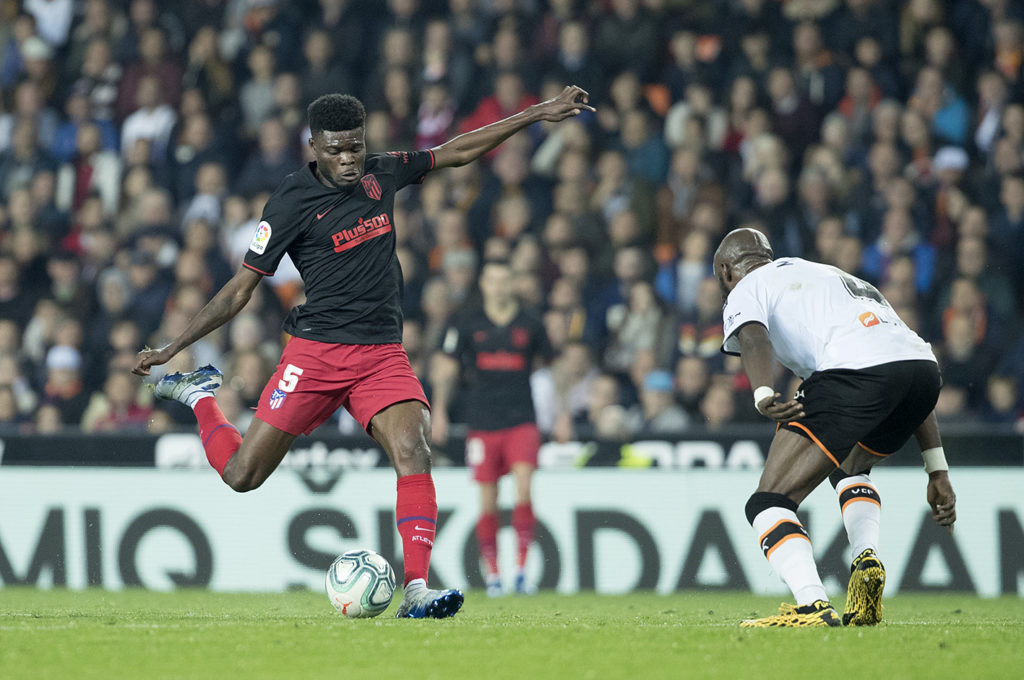 The Atletico Madrid superstar has been a transfer target of a host of European giants for the past year after consistently showing his quality in the Spanish La Liga as well as in the Uefa inter-club competition.

The 2019/2020 season has been no different for the Black Stars asset who has continued to boss the midfield of the Rojiblancos. His presence has been felt in all matches he has played in and has in the process earned applause from football pundits as well as his manager Diego Simeone and his teammates.

According to information reaching footballghana.com, Manchester United has had scouts watch Thomas Partey for a couple of times this season and has been impressed with what he brings to the table.

They have identified the midfielder as a long-term replacement for Nemanja Matic and will make an approach when the summer transfer window comes around.